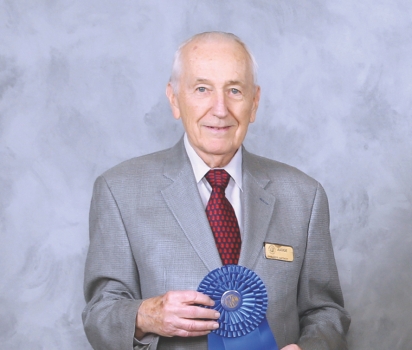 Roger Hartinger of Cincinnati, Ohio, has passed away at the age of 86.

A respected judge and former professional handler, Hartinger along with his wife Paula was on the exceedingly short list of AKC husband-and-wife all-breed judges. He was active in the ring until the very end, having judged at the Sioux Falls, South Dakota, shows just last month.

Roger Hartinger grew up with a German Shepherd Dog and a Wire Fox Terrier. He obtained a Great Dane in college, and continued with that breed after his marriage. In the mid-1960s, the Hartingers began breeding and exhibiting Standard Schnauzers, segueing to Lakeland Terriers. Both also became professional handlers.

Roger Hartinger was a life member of the Clermont County and Cincinnati kennel clubs, having served both as president and show chair, and a founding member of the Ohio Dog Judges Workshop. The many clubs of which he was a member include the American Miniature Schnauzer Club, the Buckeye Associated Specialty Clubs and the Standard Schnauzer Club of America.

© Dog News. This article may not be reposted, reprinted, rewritten, excerpted or otherwise duplicated in any medium without the express written permission of the publisher.
Wed, 11/18/2020 - 4:15pm