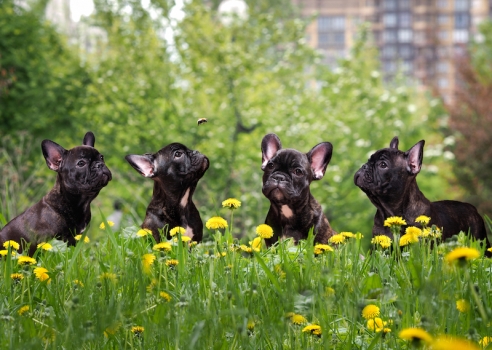 As devastating as it has been for humans, COVID has been good news for purebred dogs
By
Carlotta Cooper

I recently found some interesting statistics about dogs and the pandemic.

According to PetfoodIndustry.com, a group that keeps a close eye on dogs because of its interest in pet-food sales, approximately 25 percent of U.S. dog or cat owners added a pet this year. A late 2020 survey conducted by Packaged Facts showed that most new pets were acquired or adopted OUTSIDE of a formal pet shelter or animal-rescue organization – at least 15 percent for dog owners and 17 percent for cat owners, compared to 12 percent and 14 percent, respectively, adopting through a formal organization.

Where are those dogs coming from? Are they from breeders? Friends? Craigslist?

I started doing some digging. As many of you probably know, it’s not always easy to find AKC registration numbers. However, I was able to find litter and dog registration numbers for 2020, at least through the end of August. From January to August 31, 2020, AKC registered almost 186,000 litters. That was 7 percent more than the same eight-month period in 2019, and 14 percent better than for August 2019. August was the best litter-registration month since 2009.

In terms of dog registrations, the year-to-date registrations through August 31, 2020, totaled 471,000. That is 16 percent higher than the same period in 2019. For the month of August alone, individual registrations were 20 percent better than in August 2019. That’s the best month for dog registrations since 2007. (These statistics are online in the board and delegate minutes. If you’re interested in finances and that side of registrations, check the minutes.)

AKC breeders, many of whom may be spending more time at home with their dogs, seem to be taking advantage of the pandemic to produce more litters. There is obviously a great demand for dogs right now, so it’s wonderful to see that these breeders are providing purebred dogs.

Analysis of the recent dog-registration activity also showed that many of the U.S. households registering dogs were new to AKC. The percentage of dog registrations that were registered by a “new” AKC owner increased from 57 percent in April to August 2019 to 62 percent in April to August 2020. AKC also surveyed recent registrants who hadn’t registered a dog in the past 20 years to determine why they registered. Across all respondent segments, maintaining accurate breed records, breed pride, and the desire for a pedigree were the top three motivations for registering. The survey results indicated that breeders were, by far, the most frequently cited way that respondents learned about registration.

Many people who read DOG NEWS are what AKC considers to be core constituents. We are not “new” people. I got my first AKC-registered dog in 1974, and I’ve had one or more AKC dogs (sometimes many more) nearly every year since. Many of you are probably the same. So to have 62 percent new people registering dogs in 2020 is great news. I’ve got gray hair if I don’t buy L’Oreal. It would be really nice to have some people getting involved with AKC dogs who are younger.

This increase in registrations might be a temporary uptick due to the coronavirus pandemic, but AKC is working on ways to leverage this interest and make it more lasting. They are looking at improved ways to reach out to these new owners and keep their interest.

Of course, this is only part of the story of dogs and the pandemic. Lots of people have also fostered and adopted dogs from shelters and rescues.

Clear the Shelters went on as usual in 2020 as a month-long adoption event at hundreds of shelters in the U.S. in August. As a result, more than $1.185 million was donated to shelters and more than 130,000 pets were adopted nationally.

Time.com named “rescue animals” its Pet of the Year. According to the ASPCA, demand for pets skyrocketed in 2020. The group stated that in March 2020 the national adoption rate at shelters was 58 percent, but by the end of the month, in response to the pandemic, it grew to 85 percent. Instead of abandoning pets during the crisis, as some feared, many people fostered and adopted more animals when they were faced with lockdown orders.

“This is true across the country,” spcaLA President Madeline Bernstein told Time about the frantic pace of pet adoptions. “The animal shelters have been emptied of adoptable animals through either adoptions or fosters, because of what a good time it is, when families are home together during lockdown, to work with a new pet. And it’s also a hedge against loneliness.”

Kim Kavan in the Washington Post had a slightly different take on pet adoptions, comparing them to crazes of the past.

“The Cabbage Patch Kids craze of 1985. The Tickle Me Elmo mania of 1996. To understand what has been happening with the sales and adoptions of real, live puppies and dogs during the novel coronavirus pandemic, you have to think back to buying frenzies that consumed the consciousness of the entire nation …” she wrote.

“What began in mid-March as a sudden surge in demand had, as of mid-July, become a bona fide sales boom. Shelters, nonprofit rescues, private breeders, pet stores – all reported more consumer demand than there were dogs and puppies to fill it. Some rescues were reporting dozens of applications for individual dogs. Some breeders were reporting waiting lists well into 2021. Americans kept trying to fill voids with canine companions, either because they were stuck working from home with children who needed something to do, or had no work and lots of free time, or felt lonely with no way to socialize.”

If you are worried about people returning dogs, there appears to be a lower-than-usual rate of returns, perhaps because more people are at home and have more time to help dogs adjust or even for training. Even many people who have taken dogs in as fosters have ended up adopting them. Some people do wonder how dogs will adapt when their owners have to finally leave home and return to work or school or some kind or normal schedule. There are lots of articles online about coping with separation anxiety after the pandemic and helping pets adjust.

This is all good news for dogs, of course. It’s good when dogs have homes. It’s also good news for the dog retail market. Sales are up for everything from dog food to dog diapers to dog insurance. Trupanion, the pet medical insurance provider, reported an enrollment increase of 29 percent as of June 30, 2020. Chewy.com reported a 45 percent growth in revenue in the quarter ended November 1, the third consecutive three-month period of a nearly 50 percent increase in business in 2020. Amazon.com also reported tremendous online growth in its pet-food sales.

Some rescue groups have been overwhelmed with applications for dogs. It’s always hard to find puppies in rescue, but prices now have surged, especially for smaller breeds. It’s not just happening in North America. The UK and Australia also report that it’s become hard to find adoptable dogs. In Australia, adoption fees in some cases have topped $1,800, if you can find a dog. Some people report putting in hundreds of applications without any luck. For those tempted to buy a dog instead of getting one from a shelter, there is a three-year waiting list from some breeders. Shelters and rescues are in a position to be so selective that potential adopters have been turned down because they have children or live on a street where there are other dogs. It’s been called a “dog drought.”

Things have not reached that point in the U.S. I still get Google Alerts telling me about dogs for adoption. There are still dogs on Facebook looking for homes. And somehow, despite global air traffic falling between 40 and 70 percent at various times during 2020, dogs continue to be imported into the U.S. from countries such as China by rescue groups. It appears to be easier for dogs to travel the world than it is for humans to do so during a pandemic. You might think that air travel, especially from China, would be discouraged during the coronavirus pandemic, but it continues. In the U.S., major airlines stopped unescorted pet transportation in March 2019. However, people licensed as “pet nannies” with the USDA and APHIS are still transporting animals. Some people offering this service may not be licensed, so you should check out anyone offering to do this job for you.

So, while you or I might have trouble sending a puppy we have carefully bred and raised in our home to a friend in Canada, rescue groups can import dogs with unknown backgrounds and few health records (or faked health records) from China.

AKC and the National Animal Interest Alliance (NAIA) worked together to support a bill called the Healthy Dog Import Act, which was introduced into both chambers of Congress in 2019. Unfortunately, it was left behind in all of the end-of-year wrangling. This bill is also supported by the American Veterinary Medical Association (AVMA).

A million dogs are imported into the U.S. annually. As a result, they have increasingly brought in contagious diseases such as rabies, distemper, canine influenza, brucellosis and other harmful illnesses. Lax health checks and forged health certificates put our own dogs, our public health, our livestock and even our food chain at risk. Passing the Healthy Dog Import Act would help ensure that all dogs entering the U.S. are healthy and fully vaccinated with a health certificate from an accredited veterinary authority in the country of origin, and that each dog is microchipped so individual health records can be verified on arrival here.

We should see this bill again, so please urge your legislators to support it.

Looking at the pandemic a year after it began in the United States, we can be grateful that this form of coronavirus does not appear to affect dogs. Remember when we were concerned about that question after a few dogs seemed to be positive from close contact with their owners who tested positive?

For many people, staying home with their dogs has been a blessing. But we cannot forget the many people who have been suffering with this pandemic: people who have passed away, become ill, lost loved ones, been out of work, lost businesses, and who are worried about money and bills. This hasn’t been an easy time for most people. I hope having your dog(s) around you has provided you with some comfort. My dogs have helped me.

© Dog News. This article may not be reposted, reprinted, rewritten, excerpted or otherwise duplicated in any medium without the express written permission of the publisher.
Thu, 01/21/2021 - 4:24pm