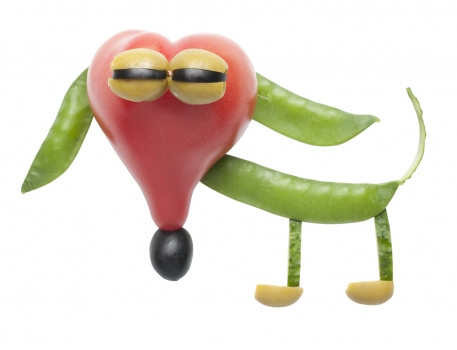 The Heart of It

An update on diet-related dilated cardiomyopathy
By
Carlotta Cooper

It wasn’t that long ago that one of the biggest topics among dog owners was the discussion about possible dietary-related dilated cardiomyopathy. Life has intervened since then, but the U.S. Food and Drug Administration did release, very quietly, an update in the fall of 2020.

Don’t get too excited. The findings were first released at a scientific forum at Kansas State University in September without any fanfare. Later they were published in the Journal of the American Veterinary Medical Association.

Just to jog your memory, in July 2018, the FDA – the agency that regulates pet foods and their ingredients – announced that it was investigating a potential link between certain dog foods containing peas, legumes, lentils, potatoes and sweet potatoes and the cardiac condition known as dilated cardiomyopathy (DCM). Coincidentally (or not) those ingredients are often some of the major ingredients used in grain-free dog foods. There was also an uptick in DCM cases overall.

There was more to the story (there always is), but this announcement was enough to stop many owners in their tracks. Many of the dogs that had been reported with cases of DCM were not breeds previously known to have a risk for the disease. Mixed breeds and dogs of various sizes were also affected. Researchers at the University of California at Davis, Tufts and others thought that an unusually high number of the dogs affected appeared to be eating grain-free diets with the same suspect ingredients.

Some of the dogs affected also seemed to test very low for taurine, which is important for normal heart muscle function, among other things. Taurine is sourced from animal products such as meat and fish. Most plant ingredients provide little to no taurine. Some pet-food manufacturers add extra taurine to their foods. In the beginning, it was thought that taurine deficiency might be an important factor leading to this form of DCM. But since that time, only one-third of the cases identified have had an obvious taurine deficiency.

Dog owners have been frustrated by the FDA’s investigation and by the lack of answers. A year after the initial announcement, the FDA produced an update. Potatoes and sweet potatoes were mostly cleared of being a problem.

The FDA did appear to find links to dog foods that contained large amounts of peas, legumes and lentils. Dry, grain-free dog foods were still the focus of their investigation. At no time did the FDA tell owners to stop feeding grain-free dog foods. The FDA recommended that owners concerned about diet-related DCM should avoid feeding foods that contained large amounts of these ingredients.

The situation was all the more perplexing because the FDA publicly named 16 brands that were most frequently cited by owners who had dogs diagnosed with this diet-related form of DCM. They were almost without exception some of the most expensive and respected brands in the pet-food market today. Owners had spent far above the average cost for dog food to buy what they believed was the best food available, only to have their dogs be diagnosed with dilated cardiomyopathy. Many dogs have died from this condition.

A word here about how many dogs have been impacted by this issue. More than 1,100 cases have been officially reported to the FDA, but this should be considered only a small fraction of the dogs that have been affected. Most cases are not reported. According to one estimate, only about 5 percent of cases are likely reported. Most dogs don’t show symptoms until they are already very sick – and the illness may not be obvious until very late. Owners may not recognize the symptoms or may not bother to have the testing done, especially if their dog has already passed away.

There were problems with the information released by the FDA and how it was understood by the public. For example, as we all know, nearly every dog-food brand has multiple formulas and recipes. In the case of some of the 16 brands that were publicly named, only a few of the formulas had been involved in DCM cases. Other formulas may not have had any DCM cases linked to them. The only way you would know these facts is if you read the raw data that had been reported to the FDA by the owners and posted on a DCM Facebook group. More than 100,000 people became members of this Facebook group to study the facts so the information was not in any way secret. But to the general public, hearing the story on the nightly news, entire brands were trashed.

The pet-food industry has, understandably, been upset by the way the FDA has handled the DCM issue. Many companies have tried to downplay the matter. Some companies responded by adding more taurine to their foods since low taurine was initially thought to be the problem, but this wasn’t the answer. In the months since the issue was brought to light, many companies have introduced new grain-inclusive foods to respond to customer concerns. This is probably long overdue since many people were feeding grain-free dog foods without a good reason.

I write about dog food for a living, so I’ve gradually seen peas, lentils and legumes make up a larger and larger percentage of many foods over the years. They boost protein percentages sky high, making many owners believe that they are providing their dogs with lots of good protein, even though a large percentage of it is plant protein. However, if you want to feed a food that’s free of corn and wheat and still avoid peas and the rest, you can find good foods that use sorghum, millet, brown rice and other ingredients while still avoiding some ingredients of concern.

If you are feeding a grain-free dog food, you might be surprised by the amount of peas, lentils and legumes in the food. Check for something called “splitting.” This practice used to be connected with corn in dog food but it also occurs with peas, chickpeas and other ingredients found in grain-free dog foods. You could look at the first five ingredients in a dog food without seeing any peas or other ingredients to avoid. However, if you look further, you could find pea protein, pea starch, pea fiber, field peas and so on. There might be enough pea material spread throughout the ingredient list to scare the kid in “The Exorcist,” much less your dog.

You also might reconsider corn and wheat in your dog’s food. You can find good dog foods that have meat as a first ingredient and use these grains as supporting ingredients. There are good dog foods that use corn as a carbohydrate and not as a protein source. Corn also has the added benefit of being a source of the amino acids cysteine and methionine, which dogs need to produce their own taurine. Corn is not always “bad.” It’s only when it is used to excess, as a replacement for animal protein, that it becomes problematic. Most dogs can eat and digest corn and wheat without any problem as long as they are processed well in a good-quality dog food.

The World Small Animal Veterinary Association (WSAVA) recommends using foods made by companies that have research to back up their formulas; that have qualified veterinary nutritionists formulating their foods and rigorous quality control; and that can give you a complete nutrient analysis (not a guaranteed analysis) of their foods. They also discourage the use of exotic ingredients because they are hard to work with and can lead to nutritional deficiencies. Many of you will say that these recommendations inevitably lead to the big dog-food companies, and that’s mostly true.

While taurine may still play a role, it is not the only possible factor in diet-associated DCM in dogs. Possibilities being considered by investigators include other nutrient deficiencies, anti-nutrient factors in the overall diet that could block the absorption of important nutrients, and toxins.

The AKC Canine Health Foundation is currently funding some of the research into this issue.

At this time, even with the latest FDA update, there is no conclusive answer about a possible link between some grain-free dog foods and dilated cardiomyopathy in dogs. There are theories, and the research continues.

© Dog News. This article may not be reposted, reprinted, rewritten, excerpted or otherwise duplicated in any medium without the express written permission of the publisher.
Tue, 05/04/2021 - 9:56pm