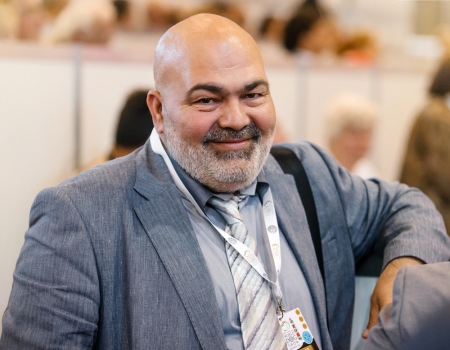 A Great Loss for the Russian Dog World

Photos by Boris A. Glukharev and Yossi Guy

On his 32nd birthday, the prominent Russian photographer Boris A. Glukharev got the news of a true tragedy: Revaz Khomazuridze, a leading Russian breeder of French Bulldogs under the A'vigdors kennel name and an all-round judge, had passed away. Glukharev had started his career as a dog photographer under Khomazuridze's wings, and they had remained true friends ever since.

Revaz Khomazuridze was born less than 60 years ago in the Georgian province of Shukhumi. His family did not have a dog until he persuaded his mother to let him get one when he was 11 or 12. Khomazuridze had asked for a Boxer, but his mother decided that breed was too big. They settled on a Cocker Spaniel, but Khomazuridze bought an Irish Setter, letting his mother think it was a Cocker. As time went by, he took part in activities in the Georgian kennel club. Khomazuridze subsequently began to breed under the kennel name A'vigdors, which was named after his wife's grandmother's family.

The leading Russian judge Evgeny Erusalimsky, one of the founders of the Russian kennel club, first met Revaz Khomazuridze, or “Rezo,” as he affectionately called him, at a stadium show in the pouring rain in Kiev in the early 1980s. Erusalimsky was judging Dobermans, and Khomazuridze, Pekingese.

“I discovered a gifted young man passionate about dog breeding, with natural good taste, an excellent eye for a dog, a wonderful memory, and a gift of amazing hospitality,” Erusalimsky remembers. 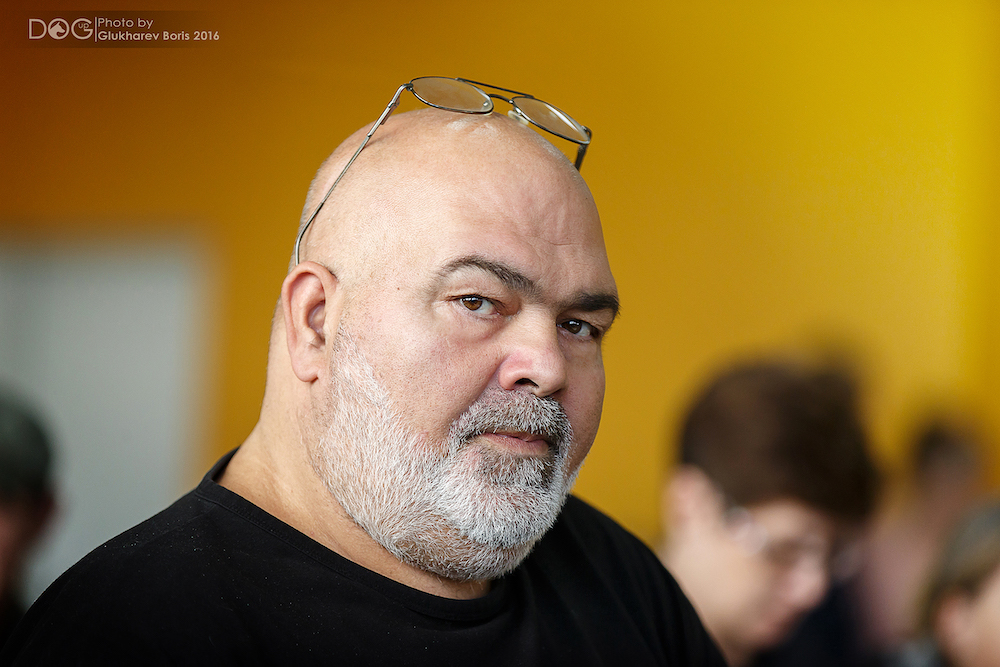 In the late 1980s, Erusalimsky started spearheading Russia’s efforts to join the FCI, which required founding an all-breed organization to represent Russian fanciers. Struggling with a deficit of knowledgeable dog people, Erusalimsky helped found the Amateur Dog Breeding Federation (VFLS) in 1990, which in short order became the Russian Kynological Federation that we know today.

“After the formation of the Russian Kynological Federation in 1991, due to the threatening collapse of the USSR, I couldn't find a suitable head of the office whom I could rely on professionally for a long time,” Erusalimsky remembers. “After several unsuccessful attempts, I was lucky: In 1993, Rezo left Georgia, which was engulfed in war, and came to Moscow. His family later moved after him.”

Erusalimsky hired Khomazuridze, who in short order set up the RKF office, helped to establish relations between federations, and successfully coordinated the issuing of domestic pedigrees that had been issued by these federations for quite a while.

Erusalimsky says Khomazuridze’s competence was particularly important in holding the kennel club’s many contributing members together as Russian fanciers waited impatiently for the FCI’s formal acceptance, which did not come until 1995. In a nod to his invaluable help, Khomazuridze was appointed the Secretary General of the RKF that same year.

Back in the Soviet era, in the early 1980s, Khomazuridze had applied to be an all-rounder, but his application was blocked due to the efforts of a rival breeder.

“This injustice was corrected: Rezo became one of the first six all-breed judges in the RKF in 1992,” Erusalimsky says. “Rezo often judged in the country, and after joining FCI, he became popular abroad at the highest-rank shows, meriting recognition as a first-class all-rounder.” 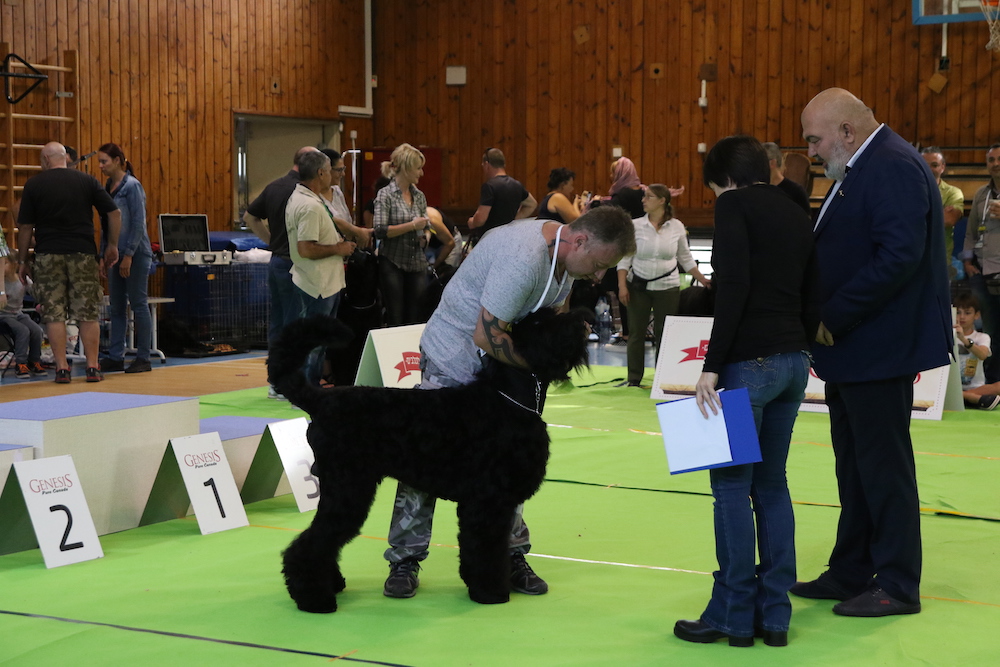 Despite his success at the highest levels of dogdom, Khomazuridze was always a breeder at heart. He was particularly well known for his French Bulldogs, whose type could be easily recognized the world over.

"Through his commitment and knowledge, he has greatly improved the breed over the years,” says FCI president Tamas Jakkel, adding that Khomazuridze also had a special and close relationship with the Dutch dog world. “Revaz imported many French Bulldogs from the Netherlands in the past that have been at the base of his kennel and breeding. Revaz had great respect and appreciation for the qualities and commitment” of the Dutch breeders. 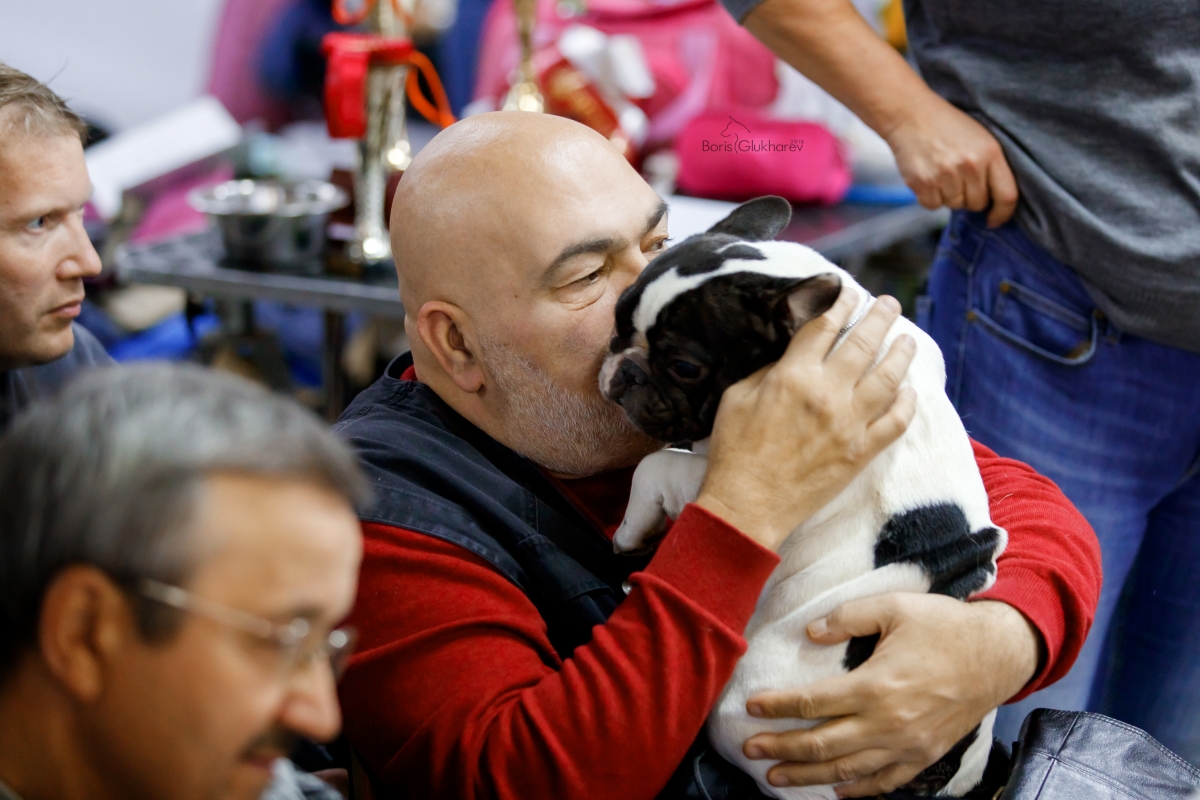 Israeli breeder Maya Shtirbu describes Khomazuridze as having “an extraordinary talent and a fantastic eye for dogs,” which he used to create a very high-quality Frenchie breeding program within the relatively short span of only about five years.

"His dogs are of a specific type that could be recognized anywhere," explains Shtirbu, who bought her first French Bulldog from Khomazuridze and based her breeding program on his dogs. "They have a very special head shape. He managed to connect a perfect body to a perfect head, something many breeders couldn't do. He had a huge number of dogs, most of which were brought up in homes, not kennels. This gave them a great beginning for their life. I knew every dog I received from him would be very well behaved.”

"I think most of us are still in shock after the sudden death of the best Russian judge ever," says Finnish judge and breeder Tiina Taulus, who met Khomazuridze for the first time in the mid-1990s. “I had sold a black medium Poodle female, Canmoy's Sextra, to Moscow, and Revaz became a big fan of her very quickly. He followed her career actively and put up her and her offspring, and further on even her grand and great-grandchildren, at shows whenever he judged the breed.”

Later, in the mid-2000s, Taulus and her partner acquired a female French Bulldog from Khomazuridze. "I really respected Revaz as a breeder, especially when it comes to this breed, which is extremely difficult,” she says. “I had several opportunities to judge his dogs, and it was always interesting to discuss my decisions after the show had ended. We shared very similar ideas regarding both Poodles and Frenchies as well as Pugs and Bostons.”

As a friend, Khomazuridze was always kind and polite, Taulus remembers. “Whenever I was judging in Moscow, I would see him from the corner of my eye by the ringside, just coming to say hello.” 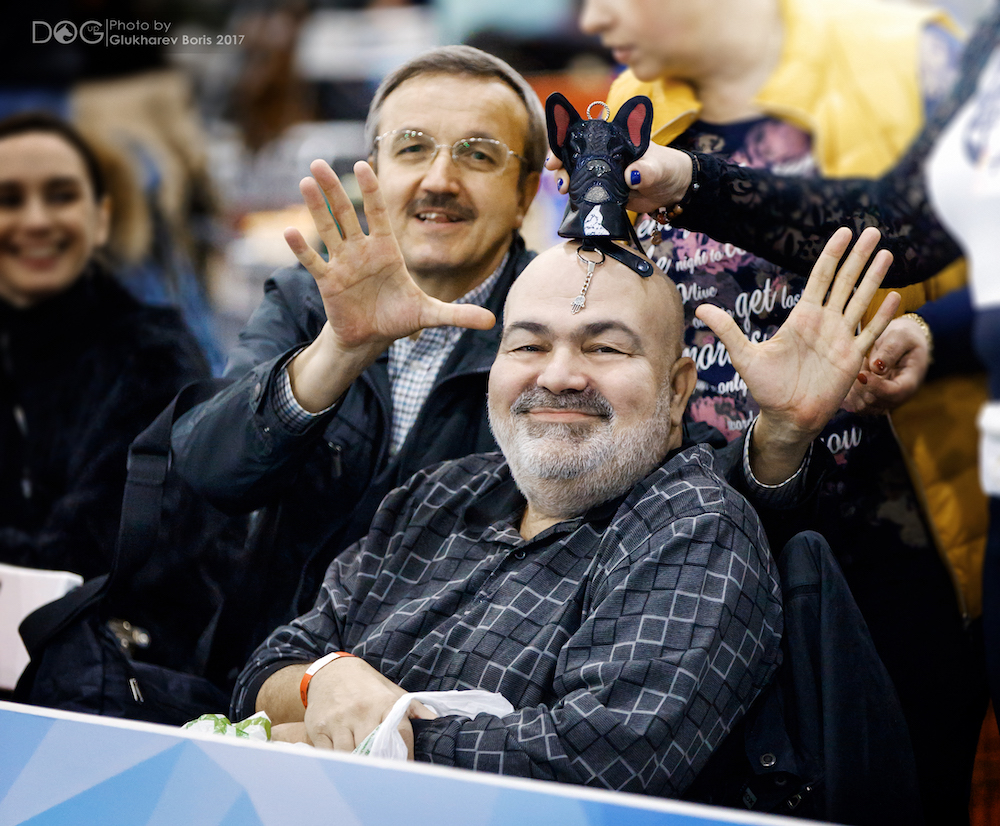 Georgian judge George Schogol considered Khomazuridze his mentor and “my greatest teacher.” They met when Schogol was 14 years old. "I had a Boxer puppy that suffered from trauma at birth. Someone advised me to show it to him. He helped me a lot then.” With Khomazuridze’s encouragement, Schogol became a member of the Tbilisi Georgia club, started volunteering at shows and launching himself into the dog world.

"It's so difficult to write," Schogol concludes. "I feel I can say a million words, but it's so hard to talk about him in the past tense. I was unable to bid him farewell, since it was impossible to fly to Moscow due to the global situation. The dog world has lost one of the greatest people of all times. A top judge, fantastic breeder, great mentor. He was always willing to help anyone who really needed it. Honest, principled, with encyclopedic knowledge of dogs and full of enormous love for them."

© Dog News. This article may not be reposted, reprinted, rewritten, excerpted or otherwise duplicated in any medium without the express written permission of the publisher.
Fri, 04/16/2021 - 5:18pm