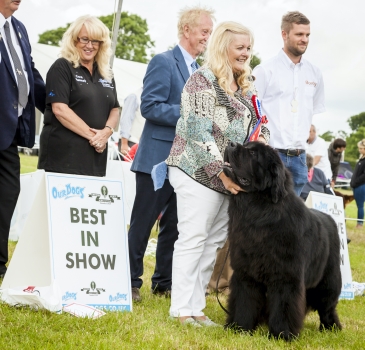 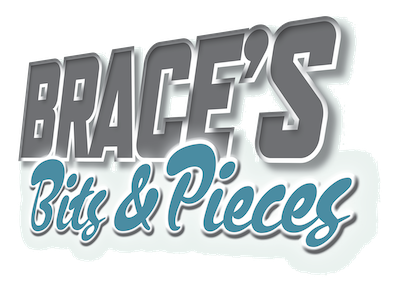 The judging of purebred dogs revolves around one basic principle: the judge of the day places the dogs in front of him or her in order of merit, based on each individual’s closeness to its breed standard.

That should be the only consideration, yet unfortunately all too often we see other factors clouding the issue. We see dogs winning unfairly because they may have an advantage of one kind or another, be that of breeding, ownership or winning record. Likewise, we see dogs losing unfairly for similar reasons. While some dogs may pile up major wins because judges feel obliged to follow form, we also see some judges (political breeder-judges in the main) who delight in demoting the reigning champion in favor of mediocrity for reasons that are clearly questionable.

Breed standards were originally drawn up by the breeds’ founders as a written description of the ideal adult specimen in any given breed. In the majority of breeds, the requirement for physical attributes tended to be function related; very few breed standards were designed purely around aesthetic qualities, as even the Toy breeds tended more often than not to be miniaturized examples of essentially functional breeds.

Over the years they may have been streamlined and tweaked a little, but for the most part breed standards remain unaltered. Yet there can be no denying that many breeds have changed dramatically in their physical appearance, and these changes go beyond the superficial aspect of just more sophisticated grooming and presentation. More often than not, breeds change gradually for a variety of reasons, and the changes may be almost imperceptible, as they happen over a period of time. Breeds often go through phases when fashion dictates a longer neck, a shorter muzzle, a shorter back, more angulated rear or whatever, and in time the basic perceived template of the breed is altered as different styles emerge.

One of the expressions that irritates me most these days is “old fashioned,” which is often used in a derogatory sense, yet what is referred to as being “old fashioned” is often merely “correct.” One of the problems with judging is that judges develop surrounded by the dogs of their time, and their appreciation of the breed standard is obviously colored by those dogs. That is perfectly logical, and of course judging is by definition evaluating the dogs that are put in front of you, but to judge effectively you need to understand that some breeds may have drifted away from classic breed type and recognize that fact.

To quote the late Di Johnson, “These days people have a desire to judge more than they have a desire to learn.” Learning about a breed involves intense study of how it has evolved through history, what the original breed standard described, why the physical component parts of the breed should be as required, and what constitutes classic type.

The problem is that this classic type may not be present in the majority of dogs, and this is where judges can come undone. When faced with 20 dogs, 19 being of one “type” and one that is definitely different, it takes a very courageous, self-confident and knowledgeable judge to say that the one is correct and the others less so. Sadly, those qualities are not present in all judges, so they will take the easy option and presume that the majority are correct and the “odd man out” is wrong. This can account for outstanding dogs being missed simply because they do not look like the majority.

In view of the fact that fashions change, faults can become endemic in a breed which become so commonplace that they eventually are accepted as the norm.

Anne Rogers Clark had a wonderful expression for this kind of shortcoming: “the drag of a breed.” Annie also felt, very wisely, that when these “drags” appeared they should be heavily penalized for the good of the breed, and when dogs were shown that were correct in those areas they should be very positively rewarded.

As an example, let’s look at a breed that requires a medium-size, oval-shaped eye set obliquely, which contributes greatly to its expression. If a large number of dogs begin to appear that have big, round, forward-placed eyes, the true expression of the breed is lost and the dog immediately looks a little “off type.” Mrs Clark would have come down very heavily on the bug-eyed specimens that didn’t look at her right, and had any dogs she could find with correct eyes and expression at the top of the line – all things being equal, of course.

Some judges religiously read through the breed standard before they judge a breed, no matter how often they have done so. It serves as a great refresher and can remind us of points that may have just drifted into our sub-conscious. Other judges never bother because they feel that they know what they like and reading a standard might just confuse them.

The important thing is that dogs are judged to their breed standard. More and more as I travelled around, I found I was being faced with entries in breeds where the majority of dogs have drifted away from classic type, and this always makes judging more of a challenge. It is depressing to see faults that are commonplace when dogs of the really correct type cannot always be found. However, when one does appear, it requires great intestinal fortitude for a judge to go out on a limb.

Such a situation occurred to me some years ago when judging in the Philippines. Throughout the 12 shows there was a numerically strong entry of Pomeranians, but I soon realized that the majority of the dogs shown failed in several areas. Lots of the dogs had ultra-short, blocky forefaces with large eyes (thus removing any suggestion of a foxy profile and expression), short legs and incorrect coats that were generally dramatically over-trimmed.

However, in the Junior Dog class I had a one-year-old that really excited me, yet few of the others in the large entry matched him for balance and general type. He had the head proportions and expression I was looking for, the correct length of leg for ideal balance and the desired coat texture. Furthermore, he was not obviously barbered and had a coat texture that still maintained the softness that should be seen in a Pom’s outline. He handled well on the table, being firm bodied and beautifully groomed, and his movement was true, brisk and buoyant.

The more I studied him, the more correct I realized he was. He was my BOB winner, and I later placed him at the top of a good group ahead of a very pleasing young Siberian Husky male. For me he was an outstanding example of breed type and deserved to be recognized as such.

Having been shown at the 12 shows, this dog won the breed under me and one other judge. At the other shows, he fell victim to majority rule.

© Dog News. This article may not be reposted, reprinted, rewritten, excerpted or otherwise duplicated in any medium without the express written permission of the publisher.
Sun, 08/08/2021 - 4:11am