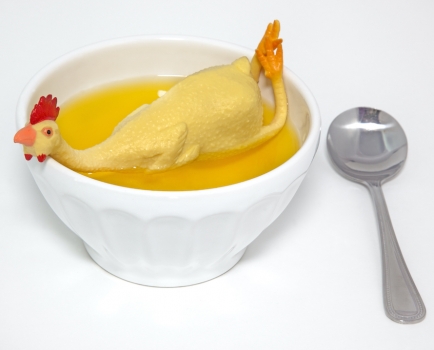 Rumble in the Jungle

After contemplating this rather unprecedented move, the American Kennel Club board of directors has invoked its voting right to dissolve the existing constitution and end the governing body of the non-profit organization effective today at the end of business. They will reincorporate as a New York-registered not-for-profit 501-CK, effective Monday, April 4, 2022. What this means in simple terms: Membership to the American Kennel Club will on a one-person, invited-only basis. Done away with are member kennel clubs and hence the delegates representing them. There will be no member kennel clubs nor non-member kennel clubs. They will all share the same status. The powers-that-be found that governing the organization with the stagnant old delegates, as well as the turnover of new delegates and ad-nauseam delegate committees, impeded the progress they wanted to make. Also gone will be those meaningless yearly board elections where the rubber-stamp nominating committees do the bidding of the directors. The end of delegates and their meeting and the rubber-chicken luncheons. The whole organizational chart will be different. Before you get your knickers all twisted, they are and were within their constitutional right to dissolve the organization. We used the term twist your knickers as a clue that the American Kennel Club will now model itself after the English Kennel Club, and it will be a club of single members, no longer a club of member clubs. Membership of individuals will be by invitation only. As they become sister organizations, members from the American Kennel Club and The English Kennel Club will share reciprocity. Americans can use the dining room of the English Kennel Club on London’s Clarges Street while those visiting the States will have the long-secret Manhattan apartment within walking distance of the AKC available for their use.

So now that we are all on the outside looking in, what does this mean for those left inside? Dennis Sprung will remain acting president and Gina DiNardo will also stay on board, practicing her “thank you for the honor of making me the president” speech in case Dennis’ days are numbered. Paula Spector, no longer responsible for organizing delegate meetings and employee travel plans, will retire as the longest-working employee of the American Kennel Club. She will finally write that long-awaited “tell-all” book titled “Inside the Ivory Tower” and has signed with us as publishers. With the commitment of the Hawaiian Kennel Club, AKC Board chairman Tom Davies completes his well-known dream of having all 50 states hold a dog show at his Big E (we mean Big D) in Springfield, Massachusetts, during the 50-week dog-show calendar year. And those nagging two weeks we all enjoy at Christmastime will be nearing an end as Tom cancels that traditional two-week holiday and plans to extend the dog-show calendar to 52 weeks a year. When that is put into place, Tom plans to go after the U.S. territories to move their shows to The Big “D” for Davies. So, hello, Guam. We will report on any and all additional changes as they become available, but until then … HAPPY APRIL FOOL’S DAY.

© Dog News. This article may not be reposted, reprinted, rewritten, excerpted or otherwise duplicated in any medium without the express written permission of the publisher.
Sat, 03/26/2022 - 4:44pm