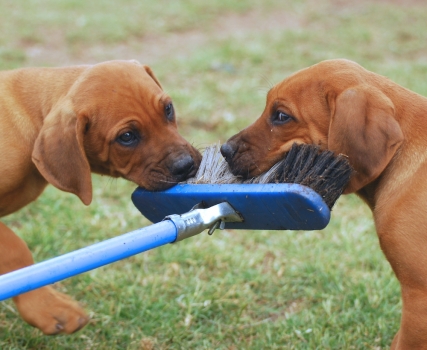 As we enjoy the first hints of spring, we leave behind another long winter. Once again, the pandemic disrupted our lives with a lopsided dog-show calendar, resulting in five-day clusters on top of one another.

Hopefully all dog shows will return to their traditional dates.

The number of back-to-back dog shows, which now seem the norm for most show-giving clubs, has outpriced some exhibitors, who are unable to afford entry fees for four- and five-day weekends. There have been no discounts on entry fees, even with the absence of printed and mailed premium lists and printed and mailed judging schedules. Then there are the added expenses of travel, hotels and meals. The cost of motor-home parking, which contributes to the cost of the venue to accommodate these large vehicles, is understandable, but, once again, be reasonable. Then the shows themselves, with fees for electricity: While no one expects the clubs to absorb the cost, it should be reasonable. Add to that prime parking fees and prime grooming areas. Judges fees and expenses also add to the overall cost of these shows. These associated costs mount exponentially.

We need to address the problems within the sport that breeders, exhibitors, handlers and judges face weekend in and weekend out. And to finally address the negative national press that purebred dogs receive. The millions spent on dog collars and day-care centers by the American Kennel Club could have been spent on a national campaign promoting purebred dogs. The bold-face named celebrities hired by our adversaries could also be hired to do our bidding. Even the recently televised Oscar awards show had a plug for shelter dogs. Two committees, consisting of more than American Kennel Club directors and employees, should be created to address these two major problems. We appreciate the seriousness of these two very real problems of too many dog shows and the public’s perception of purebred dogs. The time has come.

© Dog News. This article may not be reposted, reprinted, rewritten, excerpted or otherwise duplicated in any medium without the express written permission of the publisher.
Mon, 04/11/2022 - 9:06pm