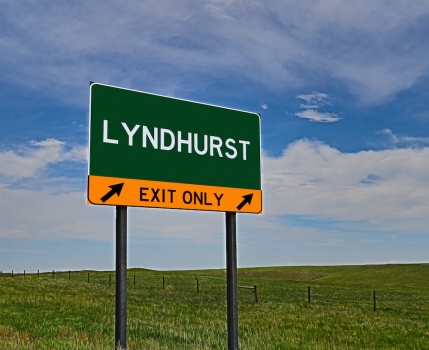 The WESTMINSTER KENNEL CLUB, the second-oldest sporting event in the United States of America after the KENTUCKY DERBY, will keep its ranking place in history, as plans for their 2021 dog show have been announced by the club. Just like every other headline in the world, the first line is always “Because of the Covid-19 pandemic …”

WESTMINSTER, like every other sporting event, had to make some hard and fast decisions to go on with the show.

A club that always leads by example proved once again to get control over a situation that seemed uncontrollable. Being held in New York City, the first hardest hit in the nation with a total shutdown, was the first of many obstacles the club had to face. With the pier in shambles and Madison Square Garden still closed, their choices were few.

So the show will be held at the LYNDHURST MANSION in Tarrytown, New York. This historic estate is a national landmark and one of the most beautiful dog-show venues in the country. Just a few miles over the New York City line. Most will know this venue as the former home of the WESTCHESTER KENNEL CLUB, until their unfortunate move to New Jersey. The two-day event will be held on Saturday and Sunday, June 12 and 13. We are told that thanks to the cooperation of the GREENWICH KENNEL CLUB and the LONGSHORE SOUTHPORT KENNEL CLUB, these dates were made available. We applaud the generosity of these two clubs in letting the premier dog show in America take place. We would be remiss not to mention three individuals: club president CHAT REYNDERS and co-show chairman DAVE HELMING and DAVID HADDOCK in leading the club. FOX SPORTS networks will provide live coverage.

While things will not be back to any sense of normalcy until a vaccine is available, it’s nice to know certain benchmarks in our lives will be achieved. Hoping all stays well and we can all be in Tarrytown in June.

The Finns are industrious and imaginative. So it comes as no surprise that they have taken the lead, so to speak, and have trained dogs to sniff out the Covid-19 virus at the Helsinki airport. Dogs have been used to detect cancer and other illnesses like malaria. Their strong sense of smell is used on sweat or urine smells to detect those who are infected. A bonus is that dogs don’t seem to be infected that easily by the virus. It has made travel to Finland much easier and safer. The percentage of success is 94, a lot better than the success rate of tests here at home.

The 2020 WORLD DOG SHOW that was to take place in Madrid in April will now be held in 2022. The rise of infections in Spain and most of Europe is the cause of this year-plus delay. The result of this decision is that there will be two World Dog Shows in the same year: BRAZIL wanted the 2022 event as it coincides with their kennel club’s anniversary. We hope it doesn’t ruin their entry, as the people and the country of Brazil are second to none. A wonderful place to visit.

© Dog News. This article may not be reposted, reprinted, rewritten, excerpted or otherwise duplicated in any medium without the express written permission of the publisher.
Wed, 10/21/2020 - 5:41pm