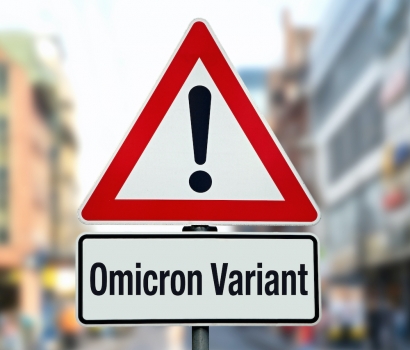 With the rapid spread of the Omicron variant, the Westminster Kennel Club has wisely decided to postpone their January event. This decision needed to be made, as the final plans of the club, breeders, exhibitors and anyone planning on attending had to be completed. Given the logistics of holding this event with multiple venues that are privately and government owned, each with their own health requirements, erring on the side of caution is not a bad thing. The financial loss to the club and other events surrounding Westminster doesn’t compare to the loss of just one life. But a postponement is not a cancellation, and the Westminster Kennel Club plans on holding an event during the 2022 calendar year. Those dogs that were entered at the Westminster Kennel Club will automatically be entered in the show that will take place later this year. There will be no substitutions; this applies only to the dog that is presently entered.

As this editorial is being written, no alternative plans have been announced. When the club postponed their event last year, their alternative show held at Lyndhurst was a huge success. So much so that many wrote to this publication about how much they enjoyed New York City in the summer. As you know, the Westminster Kennel Club is the second-oldest continuous sporting event in America after the Kentucky Derby. So with that unique place in American sports, it’s a safe bet that there will be a show in 2022.

As mentioned, there are other events held around the Westminster Kennel Club dog show that will certainly be affected. The one closest to Dog News and brings great disappointment is the postponement of the black-tie Purina® Pro Plan® Show Dogs of the Year Awards Dinner partnered with Dog News. That was to be held on Sunday evening, January 23 – the night before the dog show. Sadly, this is the second year in a row the dinner had to be cancelled due to the Covid-19 virus. All was in readiness, and we had just completed a conference call finishing up the last-minute details of the dinner when a call came from Westminster informing us of their decision. Like the dog show, the dinner takes lots of planning and tireless work of many under the guidance of Purina’s Ann Viklund, Sherry Bresnahan, Corey Benedict, Nancy Herron and Brian Bengelsdorf, and Dog News’ Gene Zaphiris and Vikki Oelerich. All of us involved in the planning of the dinner are disappointed, but we will reorganize and plan for another event in the future. The specialties that rely on Westminster for their entries, such as the Winter Garden Specialties in Stamford, Connecticut, will certainly be affected by diminished entries or cancellations. Remember that these postponements were done to protect us. So, are we disappointed? Yes. Were we surprised? Not really.

© Dog News. This article may not be reposted, reprinted, rewritten, excerpted or otherwise duplicated in any medium without the express written permission of the publisher.
Sun, 12/26/2021 - 2:16pm