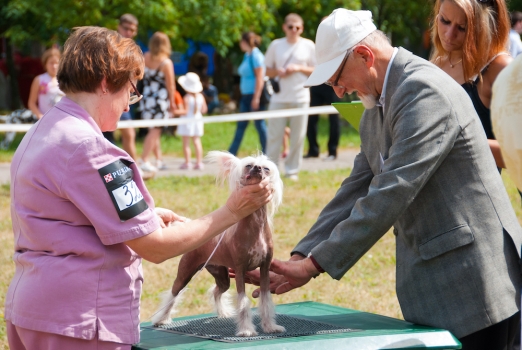 The reason I became a dog-show judge ...

There are those who, following a short, successful career in the ring, feel they are ready to start. Then there are the participants in our sport who are aging and want to stay active in the sport without many options, whether they be breeder-exhibitors or retired professional handlers. They have put in their time, and now want to give something back to the sport.

Sadly, the proliferation of dog shows has resulted in the American Kennel Club handing out breed after breed and group after group to satisfy the demand for more judges who can be employed by clubs over these now very normal three-, four- and five-day weekends.

The latest 2021 American Kennel Club Judges Directory is 164 pages cover to cover. It includes some 75 pages of judges with roughly 60 listings on a page, which translates to approximately 3,650 judges in conformation, obedience, rally, tracking and junior showmanship. With all those judges, the panels reflect the same judges’ names week after week. That should be telling in and of itself.

While we are all for everyone having a fair shake, judging isn’t democratic; it’s a God-given talent to understand the nuances of any breed. Those who have it should be moved along at a pace that they desire, not be pushed by the American Kennel Club to advance; conversely, those who have no talent should not be advanced. We have all seen judges who, while qualified in one area, move on and are less so in another. There are dog shows where, walking around the rings, you can’t identify a judge by sight or name. Not to mention that they are group and multiple group judges. That is a sad commentary.

Judging the breeds you have knowledge in and not moving onto other breeds for the sake of judging a group is an admirable trait; just ask judges like Edd Bivin or the late Frank Sabella.

Having judges who are qualified to judge your breed is not a new conversation. It has been bandied about for generations. But it bears repeating, especially now that the American Kennel Club makes it easier and easier for a judge to judge more breeds and groups. You can even be approved for a breed you have never judged. Shameful. It’s a discussion that needs to be had regularly, not occasionally.

© Dog News. This article may not be reposted, reprinted, rewritten, excerpted or otherwise duplicated in any medium without the express written permission of the publisher.
Sat, 07/24/2021 - 7:33am