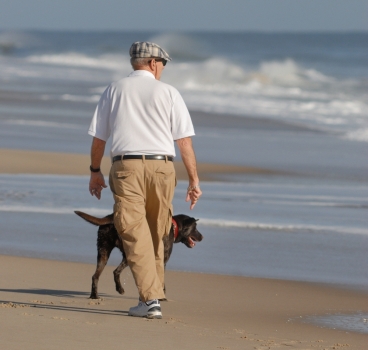 Where has all the talent gone?

This sport of ours is so generous in so many ways, but stray from what has become the norm and all is lost. You start out like every novice: You learn and progress. From one dog to many, from neighborhood housing to kennels, from exhibiting to breeding to judging. Ah! Judging — that’s where it stops. As we age, and breeding and exhibiting become something left to the next generation, we have but few options to stay in the sport. The most obvious is judging. Many a judge has expressed that their reason for judging is to stay in the sport. But what of those who choose not to judge? What place have we made for them to participate and share their years of knowledge on a different level? There are many successful breeders, handlers, judges and even American Kennel Club employees who have retired from the sport and take with them so much knowledge that they could share with those of us who are still active. Think of people who passed away whom we never recorded or interviewed, whom we never had on panels or in judges’ seminars. Does it fall on the American Kennel Club or its Museum of the Dog to videotape these people, to discuss their experiences and the dogs that they were involved with? There needs to a depository of this wealth of knowledge, all in one accessible place. We all can think of at least one person in every breed who fits that description. In addition to all the dog knowledge, think of the stories that we no longer hear firsthand from and about the likes of Billy Kendrick, Lang Skarda, Winnie Heckman, Roy Holloway, Ric Chashoudian, Bill McFadden, Corky and Sue Vroom, John Wilcox, Tommy Glassford, Annie Clark, Eddie and Lesley Boyes, Maxine Beam, Ann Stevenson, Stan Flowers, Lina Basquette, Peter Green, Sunny Shay, Tom Foy, Jim Crowley, Johnny Paluga, Desi Murphy, Pat Trotter, Johnny Shoemaker, Nancy Martin. Somewhere in the stories they tell are gems that are long forgotten and only remembered when telling a story. It’s all part of the fabric that makes up our sport. Some of those people are long gone, others are still with us but not all are active. In the past, these pages have suggested that there is a place for them as field representatives. Instead of making them field reps, which most would say is a never-ending civil service job, employ these people who choose not to judge on a three- to five-year contract. These talented and knowledgeable people have had all the bumps and bruises that the sport can give and know all the tricks. They are tried and true. Once you have given a good part of your life to the sport, it’s hard to give it up, and non-doggy friends have long since given you up for dead. Don’t let us make that choice, so that when someone asks whatever happened to ??? … it isn’t you.

© Dog News. This article may not be reposted, reprinted, rewritten, excerpted or otherwise duplicated in any medium without the express written permission of the publisher.
Fri, 11/11/2022 - 8:50pm