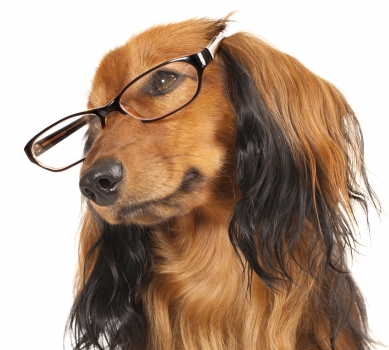 Do You See What I See?

I think I found this phrase in an old children’s song, followed by “Do you hear what I hear?”

And since the world by now is slowly returning to something near normal and we’re able to meet and mix again, I have already been reminded: What makes our dog world so special are the vastly different interpretations of breed standards! As well as priorities regarding required features.

I willingly admit that if we all agreed, this world would be so boring, but also that at some point the differences are ridiculous.

During the last couple of weeks I have attended, as a spectator, a couple of “breed nationals.” Events that are on top of the list for any serious breeder/exhibitor, and in my opinion, for a country the size of the U.S., a must, as they are one of the few chances during the year to compare notes with fellow breeders from all over the country as well as a number of Canadians. (Which in some breeds makes a significant difference!)

There are a few shows on the calendar that I think are as much a way to display your “products” to the world as to get any individual judge’s opinion or actually win. In the U.K, Crufts definitely tops the list – and even Windsor – as both attract visitors from all over the world. In this country of course Westminster and the AKC show are top of the list for general overview, but of course for anyone with specialist ambitions, any national! I must add that I take for granted that any person selected by a breed club to judge their national is steeped in breed experience and knowledge. I will also add that I think this is an opportunity to hire senior breeders with loads of experience, but without the formal qualifications, for once to give them a chance to demonstrate their own knowledge and hopefully help new enthusiasts on the way onward and upward.

It is such a mystery to me how many people’s appetite to judge more and more breeds seems easier and easier to satisfy and achieve – and even more of a mystery that so many people seem, or at least pretend, to enjoy judging breeds they know virtually nothing about?

Just a few years ago I watched a professional handler judge his own breed in which he had decades of experience and success. On leaving the ring he came over and told me that he thought every handler would benefit from this experience, as it changed his attitude on the entire process! And so many varieties of problems he had never really considered!

And this in a breed he knew well and was considered an expert.

I keep repeating that judging dogs will never be classified as an exact science, but of course there are people with a tendency to overcomplicate the process.

My old friend and professional handler Albert Langley, who was one of the few people in this world who won Best in Show at Crufts twice, told me he could never understand why judging dogs was considered so difficult. In his opinion, it was very simple and straightforward: Just place the best dog first, followed by the second best, etc, etc.

When he first said this, I thought he was joking, but he was dead serious! And maybe he in addition to his great abilities as groomer and handler was blessed with a special gift.

Sadly, I have to admit that I don’t feel I share this gift, and neither does anybody else I can pinpoint, although I could list a few names from around the world who most likely think they do …

There have been a few of my past assignments involving two or more dogs with outstanding achievements during the actual period where I was completely aware of the situation: Whatever I did would be considered Right and Wrong! And in the two cases I found most challenging, the balances were close to 50/50!

Leaving the ring, I passed some ringside experts asking, “How the %!$# could you do that?”

Two more steps: “Great job! Love that dog/bitch!” Very confusing, but as I felt certain that I had sufficient knowledge of the breeds involved to remain comfortable with my decisions, it made me feel like laughing rather than crying!

Coming from a world where whenever you were judging, questions or even criticism was part of the process, it could be tough at times, especially earlier in my life, to verbally defend or even explain my choices.

I am not in general a supporter of written critiques! In my opinion, it takes too much time, and you sadly too often start wondering, comparing critiques, if different judges follow different sets of breed standards.

The very first dog shows I attended were GSD specialties, and the judges would grade the dogs, and even those not awarded a first prize (which made them ineligible for further competition) were kept moving till the end. And then the highlight of the day: The open critiques, in which the judges started from the top, explaining which features were separating the dogs – all down the line.

And listening to ringside comments as well as “private” conversations, I learned from the outset that, within a certain framework, there is no Right and no Wrong!

So spending time at these two nationals during the last few weeks was bringing back so many moments of the past, involving my own decisions as well as those of others.

And rather amazing in so many ways that despite the obvious variation in interpretation of wrongs and rights, most breeds have evolved in a positive direction since I got started all those 60-plus years ago.

Also a number of dogs whose first wins were a complete enigma, but who then kept on winning. Explanations like: “Well, she just lost her husband …” then winning her first-ever CC and adding another 13! And her husband wasn’t even a nice person.

Many similar reasons for success have been heard over the years. Some pure fantasy, but some based on reality . And I could go on, and on and on – but it is an undisputed fact that the majority of nasty rumors about cheating and dishonesty within the world of dog shows come from people frustrated by their own lack of success.

And for most of them, a closer look in the mirror could prove to be extremely helpful.

As I think the majority of judges are trying to do their very best – and when they fail it is probably more based on lack of knowledge than lack of integrity and honesty!

And just wonder if we in the U.S. should, as in the U.K., consult the breed clubs prior to giving “outsiders” the privilege of adding a new breed to their resume?

Really understanding breeds and breed type as well as accepted variations therein isn’t anything you can pick up during a few hours seminar, unless blessed with a very special talent, which I during my years in dogs have seen exemplified only once or twice – and, yes, if you wonder: My hero Hans Lehtinen was one of them!

© Dog News. This article may not be reposted, reprinted, rewritten, excerpted or otherwise duplicated in any medium without the express written permission of the publisher.
Sat, 06/11/2022 - 12:54pm