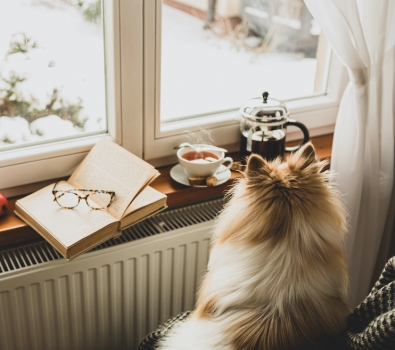 Can there be more than one truth?

I have asked myself these questions since the beginning of time – well, my time in the dog world, more accurately.

As I keep repeating, my first dog shows were specialties for German Shepherds in my Norwegian hometown of Bergen, where a number of local enthusiasts were extremely friendly and keen to educate me about their breed. Out of regular entry of maybe 50 to 60, a few were local ones, the star of which was our local pride, a locomotive named Ch. Estellas Freddy – always full steam ahead. But apart from him, all top placings went to dogs from Oslo, Trondheim or Stavanger.

A great learning experience for a kid to find out that being awarded a second in quality and being placed number 18 out of 30 was something to be really proud of, as you were topping the locals …

But that was not the point! Sitting with a local lady who bred the occasional litter listening to what was wrong with all these dogs for a couple of hours, then moving to bitches, where I listened to the chairman of the local club, a judge who focused on all the good things we saw in front of us, was quite an eye opener for a kid trying to learn as much as possible.

For me this was quite an occasion, as I was left with the advice to listen to people who knew what this was all about – and not to someone who through their own failings blamed anyone but themselves for their lack of achievements ….

This was probably the first time I encountered the expression “kennel blindness”!

Sadly, it was not the last.

Then a few years later, when I got involved with terriers, I was lucky to mix with people who in addition to class also had a distance to themselves, plus respect for their own and other breeds in this group. (As for most of them, terriers were the only thing on their minds!)

What I found out was that the level of quality shown in this group was much higher than for example among the Working dogs and even the Sporting dogs, which were the groups I followed from the beginning.

Asking questions about this, I was told that the answer was simple: Due to the fact that most of the terriers required a considerable amount of grooming in preparation for a show, the groomers were the “initial” judges who eliminated the animals not suitable for the show ring. Makes sense, doesn’t it? Even if you groomed for money it was of course more interesting, rewarding and meaningful to work with dogs with potential!

In my early days coming to terrier club shows in Oslo, you were made aware that basically two or three groomers were responsible for a huge part of the entry.

And they would happily share their opinions of the different dogs, only slightly colored by the fact that some of them didn’t really love each other. But there were no serious discrepancies in their validation of the various animals …

Then I branched out to become an owner of Cocker Spaniels. Hate to add it, but in this country with the preface: English!

At that time, after several years involvement with dogs in general I considered myself quite an expert, but still found it necessary to consult a number of breeders and breed experts and get a detailed description of the perfect specimen. Then I found that although they all shared the same breed standard, there were huge differences in outlines between the particolors and the solids. The chairman of the Norwegian Spaniel Club was probably the greatest fan ever of the unbelievably successful Wizard of Ware, H.S Lloyd, and showing him anything with that name: Hallelujah! Something I could never quite understand.

The standard of the breed in Norway at the time was way behind both Finland and Sweden, so many of us, myself included, decided to import dogs from Sweden. Then, of course, later from England, and I really enjoyed the breed.

Several Finnish exhibitors came along with their solids from different English bloodlines. Some short backed with high tail sets and not really what we considered correct heads – and they won! I must add that though most of the Finnish contingent showed dogs with classic outlines, still they lost at times to those mentioned …

So I then made it my mission to make these crusades to England, Scotland and Wales in order to finally conclude what was Right and what was Wrong. In other words: The Truth!

I suppose you already suspect that I came back home just as confused as I had been before I left.

Coming from terriers, where the breeds I was involved with should have short backs, level top lines with a high tail set, topline and tailset in Cockers were the problem for me.

Many tail sets on solids were as high as those on my terriers, but was seemingly accepted as long as the tail carriage never went above the topline. Then some of all colors were happily in the middle, while even some champions had a seriously sloping croup, which made them look as though they were sitting down.

And they were all correct! Just had to know who to ask about any of the variables – and asking around I realized there were as many Rights and Wrongs in essential areas as there were breeders. I slowly realized that some of these experts adjusted their preferences to fit what they were currently showing …

Confronting them with words from the breed standard, there was again a variety of interpretations.

“Level topline GENTLY sloping downwards from end of loin to set on of tail,” and then, ”set on slightly lower than line of back, carried level, never cocked up,” and the latter was more important than anything: A male whose tail was cocked clearly showed signs of aggression and atypical temperament … at least that was what I was told. Lots of talk about receding back skulls. But was that a problem? Head profile is not mentioned in the UK breed standard, but again a majority followed what was illustrated although not included in words: That the head planes were close to parallel! And what about those well-cushioned muzzles and forefaces so important to create that so wonderfully soft Cocker expression? Not mentioned anywhere in the standard “over there,” but fortunately included “over here”!

So, trying to clarify what is Wrong and what is Right: Virtually impossible!

And if you come over here as a visitor or even a legal alien, deciding what is acceptable or not can be very tricky, which I think has been witnessed a few times.

Then you have a possible 1.5-inch difference in height, which can create a very different animal.

What I have tried to describe here concerns only a couple of breeds. With lots of time and effort, interviews and studies, you might eventually arrive at your own conclusion of what you are willing to accept.

Leaving the ring after judging a substantial number of a breed, there will always be at least two groups with diametrically opposed opinions of how you dealt with your entry.

In a way I admire those all-rounders who are licensed to judge some 350-plus breeds, although it is impossible to acquire the knowledge all breeds deserve prior to judging them. However, it might be a good thing that breeds from time to time have the input of a view more based on general construction, movement and soundness, as there is always the risk that those of us who consider ourselves breed experts favor what we consider essential at the expense of movement and soundness.

So, my conclusion: Hopefully you have a picture of each breed in your head of what the ideal animals should look like standing or moving. But in whatever way you have “read” your standard – as long as you are not a victim of any outside pressure – follow your heart!

But will you ever find the Truth?

And regarding toplines (anything but level), shoulders and angulation, the discussions will never end.

Maybe Right and maybe Wrong, depending on who you listen to, but it is your decision to make and stand for!

Of course, based on a well-qualified and well-read opinion!

© Dog News. This article may not be reposted, reprinted, rewritten, excerpted or otherwise duplicated in any medium without the express written permission of the publisher.
Thu, 05/06/2021 - 9:31am