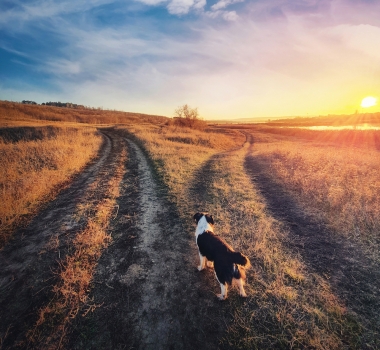 I suspect that I belong to a minority group within our circle of enthusiastic dog people whose greatest interest is more about breeding dogs than showing them.

Of course, there is a natural connection between the two: the purpose of trying to eventually breed any breed has of course always been to produce that perfect animal, which simply by his/her quality was the object of global admiration – and, of course, unbeatable!

The goal was never achieved even if on a number of occasions some six-month-old individuals showed all the promise, but then grew up … Still, the excitement, hope and expectations, which at times went on for months, surely added spice to our lives.

Of course, you would never know for sure if the hopeful was up to par until the first time in the ring. And we worked at it seriously — actually, with the entire litter from four to five weeks of age — to make them feel special and able to face the world with confidence and hopefully a touch of charisma.

I keep repeating that both for human beings as well as dogs, you have to make them feel special to look special. And if you succeed, it will make up for a multitude of “sins” — or, as we often negatively describe it, faults!

If you didn’t happen to be one of the lucky ones who grew up in an ambitious and dedicated dog-breeding environment, you — similar to myself — started with very little, if not zero, knowledge and had to “feel” your way through the system — and made uncountable mistakes along the way. Decisions and selections made that you in retrospect wish you could be able to reverse.

My original foundation bitch in Wire Fox Terriers was a great personality and definitely had some qualities. (Apart from gaining a lot of respect on our street, as she didn’t like children unless they were standing still. Which meant that whenever she appeared loose out the front door you would see a number of “statues”… Still had to pay for a number of torn trouser legs!) But apart from that dislike of children, she had many qualities and actually produced a champion plus a couple of CC winners.

After a couple of generations I took a close look in the mirror, asking myself: Why base the future on this bitch, whose existence came about simply as the family who owned the dam thought it would be fun to have a litter of puppies — and they knew there was a male WFT with a pedigree 10 minutes away? No plans or ambitions involved.

Going back a couple of generations in both parents’ pedigrees, there were lots of well-known, winning and producing dogs, but in the later generations, a pedigree with names like Teddy, Terry, Sam, Jenny, Jinny and Polly could never lead you to a pot of gold?

Eventually I looked for and met all those dogs, still alive. Various level of quality, but they all had correct ears and tails! Totally as God had made them, so I never knew that could be a problem … And they all had great coats and skin!

Why be so stupid trying to create something that British breeders had done successfully decades ago?! So decided to upgrade and start all over with a couple of quality bitches from English breeders whose success I had witnessed and followed for a number of years.

That opened a whole new set of problems! I started working with a lovely lady named Aase Tofte and a Danish breeder named Bent Schmidt — and although we bred some decent dogs, the results were not up to expectations, as the imported material frequently did not reproduce their own attributes! And by further investigation we found out that some of the dogs involved probably had been through a process to enhance some important features …

Then starting all over again …

But in the meantime, a lot of research had been part of the planning, and two breeders we believed were True Breeders were chosen as the Go-To people for the future. And life all of a sudden seemed much brighter.

But still to this day I am curious about something I will never find out: Where would I have been had I decided to carry on the original Louline, where everything seen was totally original? Could it be possible that within a reasonable amount of time and just a few generations I as a breeder could have reached the level of quality that I at that time observed in the British rings?

Breeding dogs with the purpose of producing something as close as possible to the breed standard is something I think we all aim for — but when I decided to replace my foundation I felt as if I was stealing years of hard work, sacrifice and even experience (which some of the breeders so generously shared with me at the time) from some of the most prolific breeders of the period. Their background stories and problems along the way were fascinating. The diversity of opinions was even more fascinating, which meant you had to make up your own mind about whose gospel made the most sense … or what I probably did in the end: picking a little or more from each of them.

Then a few years ago I was watching Wire Fox Terriers being judged at Crufts. An American Terrier person told me he thought this was the best line-up of Open dogs he had seen in decades! And when I realized that every dog in the class, bar one Irish representative, had one or more dogs I bred in their pedigrees, it felt rather good.

But at the same time, I wished that all those breeders I had leaned on and — for a rather small sum of money — had benefitted from regarding experience and advice were still alive so I could thank them all for their assistance. I felt that my success was actually caused by the time and experience I stupidly felt as if I had stolen from them — as no sum of money would be adequate repayment.

At the same time, feeling so privileged to have met and gotten to know so many significant breeders of a variety of breeds. And for those of you still actively breeding: Remember, it is not the results you achieve in the ring tomorrow that indicate your level of success, but if you have made a long-term positive and progressive influence on your chosen breed that is still remembered and appreciated long after you have moved onto the afterlife yourself.

Then you’ve made it!

© Dog News. This article may not be reposted, reprinted, rewritten, excerpted or otherwise duplicated in any medium without the express written permission of the publisher.
Fri, 09/09/2022 - 11:33pm