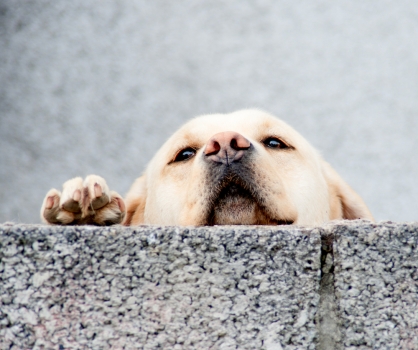 What do we hope to keep out by reinstating terms limits to the AKC board?
By
Gretchen Bernardi

The poet Robert Frost wrote, “Before I built a wall I’d ask to know what I was walling in or walling out.”

One of the many problems with term limits is that, like walls, they are indifferent to who is in and who is out. They follow a rule that makes no discernment regarding the quality of the service. Whether or not the officer was an excellent one, a mediocre one or one who simply kept the seat warm, that person’s term is determined by a cold, hard rule. And that rule relieves the delegates from the task of determing that quality of service and removes the power of the delegates to make that choice, and the rule always wins.

The importance of the board of the American Kennel Club cannot be overstated, given the power that it holds in the organization. As stated in Article XI of the Charter and Bylaws of The American Kennel Club: “The Board shall have supervision of the funds, assets and property of the AKC and shall determine how much thereof shall be left in the hands or under direct control of the Treasurer for current needs, and how the bal­ance thereof shall be deposited or invested, and shall have power to withdraw or transfer said deposits or dispose of or change said investments for the benefit of the AKC.”

That’s a pretty serious job description, but there’s more. The board appoints committees; examines and approves or disapproves all bylaws, rules and regulations; supervises and controls the stud book; supervises and controls all AKC publications; issues and revokes licenses to judges, superintendents and handlers (although this has been generally handed over to staff); establishes championship points; sanctions and writes regulations for all purebred dog events; oversees all discipline issues; appoints trial boards, and determines all fees charged by the AKC. And another very important job that should not be overlooked: The board hires and/or fires senior staff.

The constitution gives the delegates three important tasks by the constitution. They establish rules. They amend the bylaws. They elect the board of directors. Term limits interfere with the last and possibly the most important of these tasks.

The AKC bylaws and constitution were adopted in 1907 and until the amendment of 2000, term limits did not exist. The amendment to establish them was brought to the board along with several other bylaws amendments by an ad hoc board-appointed committee, the Exploratory Constitution and Bylaw Committee, consisting of both delegates and non-delegates. In 2000, only the board or a member club through its delegate could propose bylaws amendments or rule changes, but the Delegate Constitution and Bylaws Committee approved of the amendment, as did the board. Other changes made at this meeting, among others, established a 13-member board and made the president a non-voting member.

The amendment: “No person shall be eligible to serve more than two con­secutive terms on the Board. A Board member who has served more than half a term on the Board is considered to have served a full term. This section does not preclude re­election of any delegate to the Board of Directors after a one-year (or greater) hiatus from Directorship.”

An interesting aspect of this amendment was that it established term limits of eight years but excluded the 12 people then serving on the board. That allowed the then sitting board members who had already served any number of years to serve eight more before terming out.

There were 298 delegates voting that day by a standing vote, and the amendment passed by one vote over the required two-thirds required number.

But exactly what drove the passage of this amendment? It was rumored at the time, and sometimes discussed even today, that it was meant to remove a specific person from the board. If that is true, it was a small victory, since whoever the person was, he or she could run in another year. And given the timetable of board elections, a person who termed out could be nominated or run by petition in September for the next year’s election, which hardly takes that person out of the spotlight for very long.

There are many philosophical reasons to oppose term limits, but for purely practical reasons they interfere with the continuity of board business. Next year, no board member will term out. But in 2024, three of the four sitting board members must leave the board under the current bylaws. And it gets worse: In 2025, all sitting board members will term out. In just two years’ time, seven members of a 13-member board will be gone.

Surely no one can think that this is desirable for any corporation or organization, especially in one in which there is so much diversity of issues: finances, a wide array of events, public relations, club membership, breeding issues, the registry, etc. And because the amendment is only concerned with numbers, the best officers will leave office along with the others. And they will leave not as a result of the will of the delegates, who are charged with electing them, but as a result of an amendment that is blind to issues of quality of service and institutional memory, among others. The importance of continuity is implicit in the existence of four-year terms. Otherwise, the bylaws would allow one-year terms for all board members, requiring an annual election for all board members.

The constitutional structure of the AKC clearly gives the board of directors the power to establish policy, regulations and rules, and oversee the governance of the organization. It is the job of the staff to implement all of that. It is true of all governments at all levels, and also of the AKC, that when there is no continuity at the board level, no solid institutional memory, staff become more powerful. AKC has a competent and professional staff, but the constitution requires that the board retain governing power.

Very rarely does a board member term out and then fail to be re-elected if he or she so desires. However much the delegates seem to want to refresh the board on a regular basis through the use of term limits, the same people keep returning to the board. I have had the pleasure of serving as a delegate for 35 years and I can say without hesitation that competent, passionate and committed delegates can be elected to the board through either the nominating process or through petition. It requires effort and fortitude and sometimes even running more than once. It requires campaigning and, especially recently, a thick skin. It requires a commitment to ideas helpful to the organization and the work to convey those ideas and ideals to others. Forcing members off the board is not necessary to allow good people to win the election and serve. It does require, however, intelligent voting by the delegates.

It seems that most people are for term limits when they want someone off of the board and against them when they want to retain someone. My hope is that, in this election, the delegates put aside any preconceived notions of what term limits are meant to achieve and realize that the harm they do to the organization far outweighs any benefits. Eliminating term limits will allow the delegates to vote for the candidates of their choice without artificial interference in that vote. It will require that the committed delegates engage with candidates, pay attention to the board minutes, however scant, understand the contribution that all candidates can make. Without the artificial encumbrance of term limits, the delegates will be empowered to vote for the fellow delegate that will best serve the sport and the dogs we are bound to consider.

The amendment to abolish term limits was brought forward by the Delegate Committee on Bylaws and approved by the board of directors. We are asking all member clubs to carefully consider this proposal and to direct their delegates to vote to approve this bylaw amendment, thereby allowing their delegates to vote for the board members of their choice.

© Dog News. This article may not be reposted, reprinted, rewritten, excerpted or otherwise duplicated in any medium without the express written permission of the publisher.
Thu, 09/01/2022 - 6:06pm