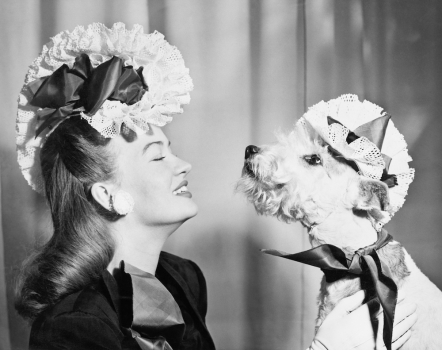 A Man and His Dog, and Then Some

A Man and His Dog, and Then Some

As I was reading my local newspaper, one story in particular touched me.

It involved an ex-sheriff and his tiny K-9 drug-sniffing Chihuahua-Rat Terrier mix named Midge. Midge was certified in 2006 as the smallest police dog on the globe. The ex-sheriff’s name was Sheriff Dan McClelland, age 67, and his police dog was 16.

Despite her size, Midge was no slouch when it came to her job. McClelland decided that Midge, the runt of the litter, would make an ideal drug-sniffing dog. Unlike some larger and more aggressive police dogs, mild-mannered Midge would search vehicles without tearing up the upholstery or leaving muddy footprints, and searching underneath vehicles was never a problem.

The two appeared on daytime television talk shows and were mentioned in national magazines. Midge maintained her K-9 certifications from 2006 to 2016, when Midge and Sheriff McClelland decided to retire. The sheriff and Midge, along with the sheriff’s wife, begin traveling the country in a recreational vehicle.

On April 14, Sheriff McClelland died of cancer, and Midge passed a few hours later at home, most likely from a broken heart. Midge and Sheriff McClelland will be buried together. You can cry now… I am crying now writing this story. Rest in peace, Sheriff Dan and Midge.

I think some people with dogs forget how attached our dogs are to us. I am constantly reminded each day when I see my Toy Poodles, Nicky D (Nicholas David) and Rorrie B (Rorrie Beatrice) look at me with those expressions that just melt my heart. Of course they are spoiled so badly (how did that happen?) that they insist on two car rides a day! Like Midge and Sheriff Dan, my dogs will be buried with me. I already have my tombstone at Fielders Cemetery in Lufkin, Texas (with the picture of a Poodle on it), and the funeral is completely paid for… Is that too much information?

As most of you may know, I am a student of the past and the history that goes with it. I collect lots of things that are older than I. Some people may say that goes back a long time. It does. Two of the things I collect are vintage magazines about dog shows and movie stars. 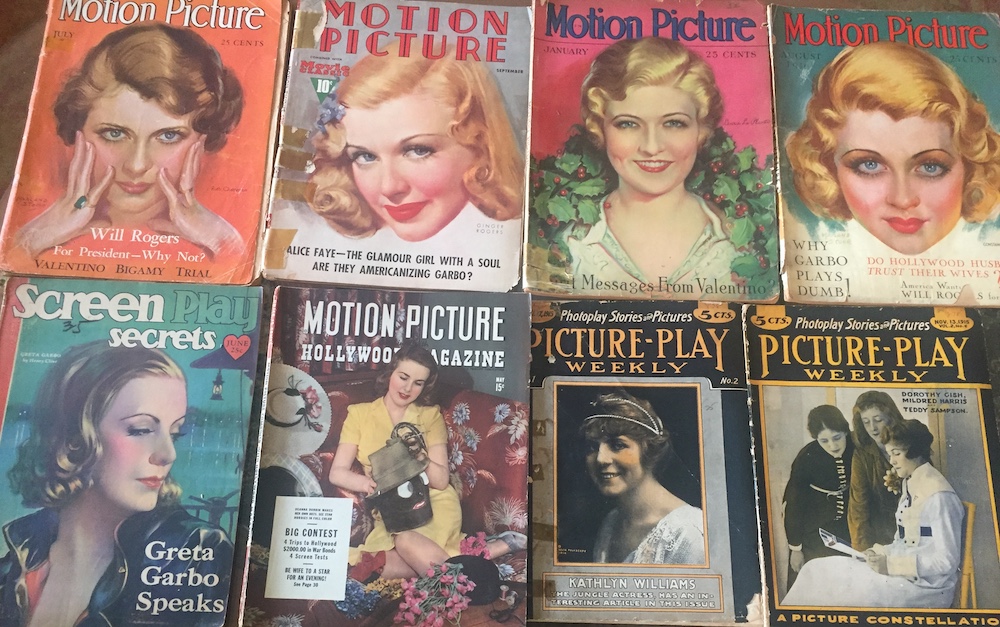 While going through an old American Kennel Gazette dated July 1949, there was a wonderful article on the Morris & Essex show from May 28, 1949. The article was written by Arthur Frederick Jones, who was an American writer and dog-show judge. When he was 20 years old he became an assistant editor for Pure-Bred Dogs (now called the AKC Gazette). In 1941 he was made editor. He also worked for The New York Times and supplied much of the information for the K-9 manuals used by the U.S. Army during World War 11. In 1956 he was the winner of the Kiblon Memorial Award (the top award in dog writing).

In this wonderful article Mr. Jones wrote about the benched show and its benefactor, Mrs. M. Hartley Dodge:

“With serious effort and great enthusiasm, almost any group can produce one dog show that is a masterpiece, but it remains for those with a touch of genius to pile one masterpiece on top of another – each better than the one before. Such is the case with Morris and Essex, the greatest outdoor show of them all and one of the world’s outstanding fixtures.

“This year’s event at Giralda Farms, the estate of Mr. and Mrs. M. Hartley Dodge in Madison, N.J., not only lived up to all the advance tub-thumping – and it was one of the best tom-tom beats in the long history of the classic – but went to lengths beyond to elicit lavish praise from all who were there or heard about it. Certainly the smooth efficiency with which it handled more than 2,600 dogs, thousands of visitors, and many hundreds of automobiles and trucks should bring about a basket of orchids to Mrs. Dodge, whose guidance is responsible for so many of the features that are agreeable to all, and her able lieutenant, Raymond Patterson-along with hearty congratulations to George F. Foley, and his adept organizations. [Due to a bad virus infection, Mr. Jones missed this show for the first time in years but Terry Willard of the Foley office wrote the rest of the article. – Johnny]. “Another Morris and Essex became history on May 28 when Judge Mrs. David Wagstaff of Tuxedo Park, N.Y., Ch. Walsing Winning Trick of Edgerstoune, imported Scottie from the New York kennels of Mrs. John Winant, as her best in show dog, handled by P. Prentice.

“Among the sporting dogs, the black Cocker, Ch. The Dream Boy of Chalburn, took the coveted first place. Mr. and Mrs. Chalmers Burns of Ridgefield, Conn, are the owners. The handler was C. Callahan. The Judge was Mervin F. Rosenbaum, well known California all rounder made the placements.

Hounds, which were judged by Anton Rost of New York City, were topped by the class Longhaired Dachshund, Ali v Herrenwald, owned by Mrs. F. E Madd of Mission, Kansas and handled by W. Ake.

Toys, where the judge was George Owen of New York City, had their winner in the Westminster Toy Group winner, the Miniature Pinscher, Ch. Rajah von Siegenburg, owned by Mrs. William Bagshaw of Beverly Hills, CA. and handled by Percy Roberts.

The imported Miniature Poodle, Ch. Snow Boy of Fircot, was the winner in the non-sporting group. The white dog comes from the Blakeen Kennels of Mrs. Sherman R. Hoyt in Stanford, Conn. (the dog was handled by Henry Stoecker). Judging here was handled by Dr. Mervin Ross Taylor of Wynnewood, PA.”

(Published with permission of The American Kennel Club)

Morris and Essex stopped holding shows in 1957. Thanks to the hard work of  Wayne Ferguson, Morris & Essex begin putting dog shows on again in 2000 with an entry of 3,223 and BIS going to a Kerry Blue dog from the classes, Torums Scarf Michael (“Mick”). Mick was handled by the one and only Bill McFadden, who rocketed the dog to top dog in the county. Speaking of Wayne Ferguson, I would like to say that without him and his dedication there would not be a Morris & Essex. I consider him a great man in our sport and a dear friend whom I cherish.

I have collected many items that I love over the years. Some are old magazines from the early years of Hollywood. These are the old, old ones that I have collected from people who also collected them and I bought them. I have two boxes of them. I love to go through them and read the many articles and see the old pictures of some of the greatest in the early movies. My friend, Bruce Schwarz, gave me some wonderful old items from the actress Sylvia Sidney. Sylvia was a great star in the days of Edward G. Robinson and James Cagney and George Raft. She became friends with Bruce’s family and of course, Bruce. I met her one time at a show in California (she lived in New York) and she was very nice. Such a great talent!

I also collected some old pamphlets on Canine Genetics, which were published quarterly by the Society for the Advancement of Canine Genetics in Independence, Missouri. Also in my collection is the Handy Dog Booklet Series by Capt. Will Judy, who was editor of Dog World magazine and author of various books on dogs. Among the subjects: “Stud Dog’s Care and Management,” “The Dog in the Show Ring,” “How to Sell Dogs,” “Anatomy of the Dog,” plus “Handling the Mating.”

In the booklet “The Dog in the Show Ring,” Capt. Judy states: “A good shower has great value. Your dog has a moment of the judge’s time. He must judge the dog exactly as he sees him at the precise moment he is looking at and examining your dog. There are many more dogs, more classes to be judged, and perhaps many more breeds for him to judge.” He continues: “The past history of your dog, his previous winnings, theoretically if not actually, are unknown to the judge. That your dog won yesterday is of no moment. The judge is judging dogs as of today and on the basis of comparison at the moment.  Many showers are made not born. A few are born posers but most winners are taught to show to perfection. A dog should move so that his very bearing itself seems to ask for the ribbon and to say: ‘Here I am; give me the blue and let’s have it over with.’”

It continues to have 20 show-ring don’ts. I think some were OK for those days and times (1945).  Here are some that should be on your mind today:

Don’t pay so much attention to one part of the dog that you overlook another important part.

Don’t call the judge’s notice to a fault by trying eagerly to conceal or minimize it.

Don’t call your dog by its registered name or any other name.

Don’t converse unnecessarily with the judge.

Don’t tell the judge about your dog, his pedigree or the wins at some other show. [Author: Don’t tell them when you are taking pictures unless the judge starts the conversation … which he or she should not do.)

Don’t beg for the attention of the judge.

Don’t argue with the judge as you leave the ring if you don’t agree with his placings. Ask him after he has finished his judging to explain his reasons, if he feels so inclined.

Don’t try to draw attention to yourself; the dog is on show, not you.” [Author: This was always my problem, therefore, that is the reason I gave my dogs to a handler, and I was the worst handler EVER!]

I also have lots of old catalogs. One is from 1981, when Malibu Kennel Club put on its first show. I was one of the superintendents for Jack Bradshaw Dog Shows at the time. The show was held at Pepperdine University in Malibu. That was a beautiful location – you could see the Pacific Ocean from the show grounds. There were 1,459 entries, and BIS was judged by Mr. Vincent Perry.

I also have an old specialty catalog from the Great Lakes Poodle Club of Chicago in 1975. The number of entries is exceptional: There were 355, including obedience – remember, you only had obedience classes in those days. Norman Patton was judging the SWEEPSTAKES! The entry for the sweepstakes was 101 Poodles! Toy Poodles was judged by Mrs. J.A. Mason and the entry was 81 Toys; Mr. William Fetner (a good friend of mine who I miss so much) judged 72 Miniatures and 69 Standard Poodles! Oh, how times have changed for our breed.

Enough of the past. It is the future we need to concentrate on today. I love my dog-show friends and the wonderful family that we have in our sport. Going to dog shows is so much fun for me. I have done a good job with the Covid regulations and a great shout-out to the clubs who are keeping our sport going. Thank you to the many clubs and the wonderful exhibitors who are returning to our sport. I have no worry about our sport anymore, as I know it will live on for many years to come. 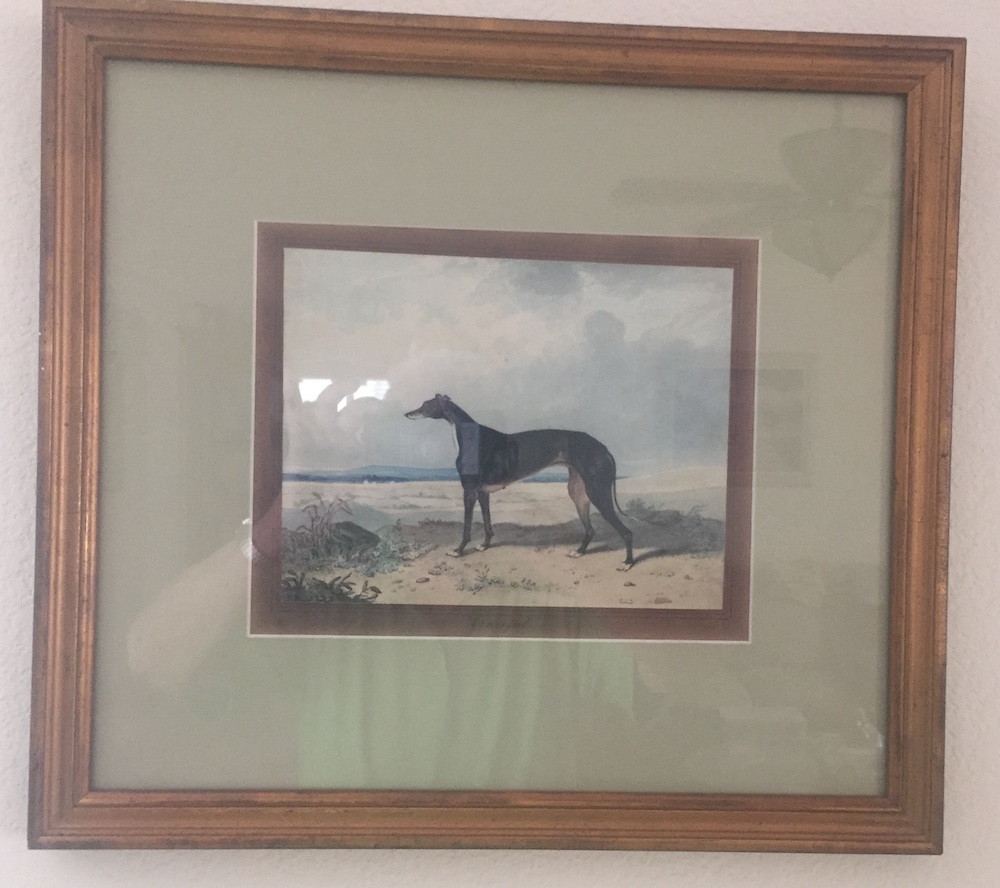 I would like to share another picture with you. It is of a Greyhound that Frank’s family gave to me that Frank kept to the end. I shall cherish it forever, and his memory and the love I had for him will always be with me. I shall see you in Heaven, my precious Frank.

© Dog News. This article may not be reposted, reprinted, rewritten, excerpted or otherwise duplicated in any medium without the express written permission of the publisher.
Thu, 05/06/2021 - 9:14am