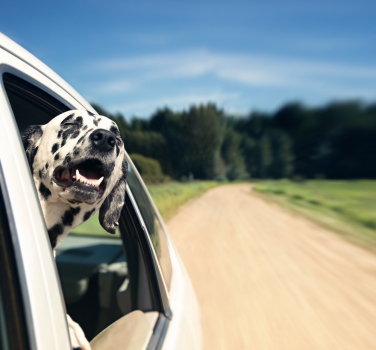 Life in the Fast Lane

Is the AKC destined for a devastating collision?
By
Margaret Poindexter

Life in the Fast Lane

I’m a member of a Facebook group that posts local traffic alerts. In East Jesus, where a wreck on the bridge, or a train coming through downtown to the port, or holiday tourist traffic can cause complete and utter gridlock on the few available roads, it’s always worthwhile to check the group posts before heading out.

But it can sometimes be unsettling to read incident reports of wrecks on a stretch of road that I just traveled. Most unsettling of all are the reports of accidents waiting to happen: reports of a distracted driver traveling at high speed, reports of aggressive drivers weaving in and out of traffic, and, scariest of all, reports of wrong-way drivers.

How disoriented does someone have to be to be going in completely the wrong direction, driving against oncoming traffic, destined for a devastating collision?

I can’t imagine it.

You tell me, delegates.

In September, the AKC delegate body will vote on a proposal, brought forward by the delegates’ Bylaws Committee, to change Article VII, Sec. 1, of the AKC Charter and Bylaws, by deleting the provision that provides that no person shall be eligible to serve more than two consecutive terms on the board. It’s important to note that the same section provides that, after a one-year hiatus from service, the person may be re-elected. In other words, as it stands currently, a director may serve two terms, take a one-year cooling-off period, and then be re-elected for two more terms.

Several members have figured out how to navigate that route for a long while now.

But even with that loophole, at the recommendation of the Delegates’ Bylaws Committee — and in the interest of those directors who are on schedule to be termed out this year and next — there will no longer be term limits at all for AKC board service.

So, in effect, the board you see now is your board in perpetuity.

Those delegates who stood at the June meeting and argued in support of the proposal asserted that in the coming elections several of the current directors will have to come off the board, and AKC will lose the benefit of their experience and knowledge.

It has to be said, and excuse the snorting sound I make as I say this, but so what?

We’re not talking about running a sophisticated, multinational company here, folks. We’re talking about acting in furtherance of the AKC’s mission — that is, of course, assuming you believe that the board’s authority to act is derived from the AKC’s mission statement. So who within the delegate body is not capable of considering every proposal in front of the board within the four corners of the mission statement and saying yea or nay?

Delegates also argued that elections will serve to sort out the competent directors from those who need to move on, rather than term limits.

Sadly, delegates, you are also wrong about that.

This board is already several exits out in front of you.

First of all, think back to the last time you had a legitimately contested election. Second, think back to the last time the nominating committee, any nominating committee, put forth candidates other than incumbents. Lastly, think back to the vote you took to amend the bylaws to do away with the necessity of “costly” elections when candidates run unopposed, and think about the chilling effect that has on anyone running from the floor in opposition to the anointed slate of the board’s Nominating Committee.  Do you really believe that you will have fully contested elections in the future that give you an opportunity to toss sitting directors?

Meanwhile, your proposal to eliminate term limits runs completely counter to recognized best practices in corporate governance. According to BoardSource, 72 percent of non-profits have term limits built into board service provisions. The most common scheme is two consecutive terms of three years each and then off. In fact, while the IRS has no explicit requirement of term limits, BoardSource indicates that, if pressed, the IRS would advocate term limits in some form, “on the grounds that a board with static membership might be prone to adopting unhealthy inside attitudes, and begin to govern out of self-interest rather than for the good of the organization.”

Actually, delegates, that may explain exactly why you find yourself driving down this road, the wrong way, at night, with no headlights.

© Dog News. This article may not be reposted, reprinted, rewritten, excerpted or otherwise duplicated in any medium without the express written permission of the publisher.
Fri, 08/05/2022 - 11:10pm