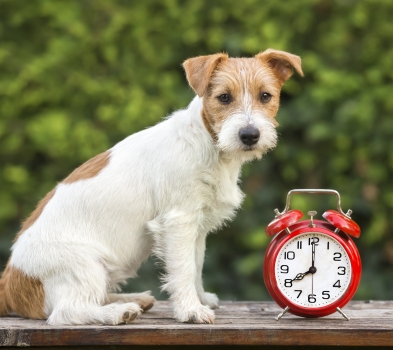 Back in March, in an opinion piece in USA Today, sportswriter Christine Brennan surmised: “When the books are written about the coronavirus outbreak of 2020, it’s quite possible they will record that the moment that most startled us, that shook us out of our daydreams and showed us just how real the crisis had become was when we heard the news that the NBA was suspending its season.”

But for AKC employees, the date was April 2. That was the date on which more than 100 AKC employees, in both the New York and Raleigh offices, were notified that AKC was “implementing a temporary layoff of certain positions.”  (Emphasis added.)

The notification stated that the organization anticipated “the layoff to last until at least August 2020; however, we will reassess the circumstances regularly and may lessen or extend this timeframe.”

In the July minutes from the meeting of the AKC Board of Directors, CEO Dennis Sprung advised that “a number of former employees were rehired and positions have been offered to other former staff.”  (Emphasis added.)

I’ll set aside the apparent contradiction between the original notification and the language in the minutes, but what I will say is, given the organization’s financials as reported by its new CFO at the June delegates’ meeting conducted via ZOOM, it is hard to grasp the actual justification for the layoff, much less management’s refusal to bring all of those folks back to work now.

In his inaugural presentation to the delegates, as reported in the June minutes, new CFO Ted Phillips reported what he characterized as “very positive news.” Reflecting what many who breed and show dogs already know, demand for AKC-registered dogs is up, and AKC registrations, as reported by the CFO, were up a corresponding 7% through May. In fact, staff reported that May 2020 reflected the strongest month for registrations since May 2009.

There’s almost nothing positive that can be said about May 2020, and yet, there you have it.

The blessed good news continued: The CFO reported that the increase in registrations carried over to all of AKC’s revenue lines, with the exception of events, resulting in a 5% increase in total revenue. AKC reported a decrease in expenses of 1.4%; therefore, the organization realized an increase in net operating income of $4.6 million as of May 31, 2020, compared to $2.6 million in 2019.

The financial report went on to break it down further:

As I said earlier, we are pleased to report that the total revenues from registrations of litters, dogs, pedigrees, and other enrollment fees total $2.5 million higher than the same period in 2019 with dog registrations leading this group at 1.5 million. Additional revenue increases totaling 1.5 million come from admissions to events like Meet the Breeds that occurred at the Javits Center in New York in January of 2020 and merchandise sales both from e-commerce and traditional fulfillment methods. As mentioned earlier, when reporting on events, year-to-date revenues as of May 31, 2020, are lower than the same period for 2019 by $2.3 million. And again, this is due to cancellations. The expense slide presents variances compared the five months ended 2020 against 2019. And again, for orientation, blue columns are areas where we spent more in the period ending May 31, 2020, than we did in the prior period of 2019. We see that the total of travel, marketing, professional fees, and staff costs are lower than the prior year by 1.4 million. Areas where we reported expenses greater than 2019 are grants to our affiliates and others. For 2020, the majority of the increases are grants to the Museum of the Dog.

And yet, despite AKC’s realizing a net operating profit of $2 million more than in 2019 through the first five months of 2020, almost two months after this financial report, most of the 100 or so laid-off employees sit at home having received no communication from the organization, no word on a possible return, but still holding onto the hope of the “temporary” nature of the lay-off.  And those employees who were retained are being called upon to do their own work, together with the work of those who were laid off, and are fearful that more layoffs are in the works if they fail to produce. What the Chairman of the Board characterized at the time, after the move was made, as an action to “temporarily reduce staff,” in order to “allow our leadership to do what is necessary,” now appears to be at best, a gross over-correction, and at worst, a gross overreach in order to jettison groups of employees and certain functions permanently.

In her opinion piece, Brennan pointed out that sports, typically “our great escape,” instead, back in March, put all of us on notice of the reality that things had dramatically changed. When the governing bodies in sports started one by one cancelling tournaments, key events, even entire seasons, those decisions made us aware that we could no longer go on as if nothing was wrong, as if the coronavirus was only a concern in other parts of the world. Arguably, sports issued the wake-up call; it provided the leadership that other institutions were struggling to offer.

We’re now into August, and some are still struggling.

© Dog News. This article may not be reposted, reprinted, rewritten, excerpted or otherwise duplicated in any medium without the express written permission of the publisher.
Thu, 08/13/2020 - 12:25am