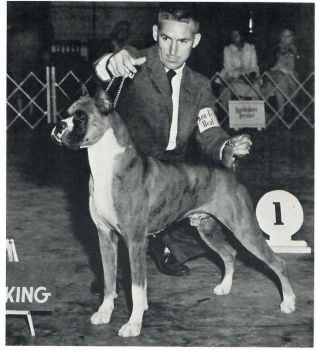 Multi-BIS Ch. Frazer's Parade Meister, one of Joe's earliest BIS Boxers in 1957. Bred and owned by Eugene Frazer of Nashville. 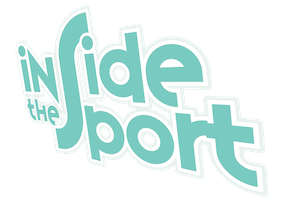 If ever there was a person who celebrated life every day of his 94 years, Joe Gregory fit the description. To know this amazing man was to love him. He was happy, upbeat, always kind to others and a true soft-spoken sportsman who passed away on January 17. Across our sport, there is a profound feeling of loss for one of dogdom’s most beloved persons.

Joe’s life “in dogs” started in the late 40s following his return from the Army when he spotted a picture of a beautiful Boxer in the Louisville Courier-Journal. He and his best friend from boyhood, Burr Long, were both still living in their hometown of Cloverport, Kentucky. The two buddies tracked down the owner of this dog and started going to local dog shows.

As Joe began showing dogs, more and more people saw his natural abilities and asked him to handle theirs. In time Joe became a premier professional, handling America’s top dogs while concentrating on Boxers. Meanwhile, unbeknownst to Joe, a young lady still competing in Children’s Handling (now Junior Showmanship) had a huge crush on him.

Following the marriage of Joe and the young lady with the crush (now a grown-up Mamie Reynolds) in 1966, Joe continued handling for a couple of years and occasionally judged specialty shows. In those days, accredited AKC handlers could judge specialties. He had piloted Ch. Treceder’s Painted Lady to Top Dog All Breeds in 1963. Painted Lady held the BIS record (49) for Boxer bitches until decades later when Chris Baum was handling Ch. Kiebla’s Tradition of Turo in pursuit of the record. Her record-breaking 50th BIS came under none other than Joe Gregory himself, who became an all-breed judge in 1993. 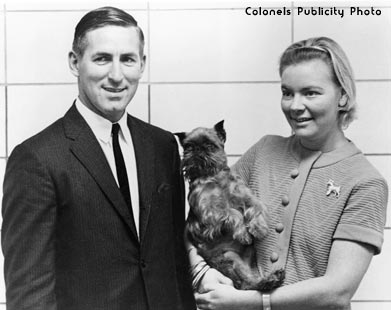 Joe and Mamie Gregory with Ziggy, the actual owner of the Kentucky Colonels professional basketball team in the now-defunct American Basketball Association. Ziggy, a champion Brussels Griffon, was BOB at both Westminster and Chicago International before becoming the actual owner of the team and sponsor of the hospitality suite named after him. Once when an arena official said no dogs were allowed and wanted him to leave, Mamie informed him in no uncertain terms that Ziggy was the team owner! The Indiana Pacers and San Antonio Spurs moved on from the ABA to the NBA, but the Kentucky Colonels did not.

Respect for Joe continued to grow! Joe later provided the Michael Shepherd charge Ch. Bayview Some Like It Hot (Monroe) her 51st BIS to again break the Boxer bitch record, which was broken more recently by Ch. Cinnibon’s Bedrock Bombshell (Wilma). Joe gave Wilma one of her 100 BIS wins, proving again just how appreciative he was of the beautiful bitches in the world of Boxers.

Joe always took his optimism into the dog-show ring. In a 2006 interview with Barbara Andrews, Joe was appropriately described as “easygoing, good-looking, well-dressed and incredibly talented” both as a handler and a judge. Nominated in 2006 and 2016 for Judge of the Year, Joe was always both modest and humble. Perhaps his quiet demeaner and lack of self-aggrandizement contributed to the final honors going to others.

Yet real dog people know how much Joe knew about dogs as he rewarded correct breed type and the desired side gait emphasizing a strong topline while in motion. Nor did he ignore the proper profile for each breed as well as all the elements of the head. Furthermore, Joe never hesitated to reference the breed standard whenever he questioned a trait on a given breed. With his quiet, engaging personality, Joe made the newest awkward novice feel comfortable and return home with good feelings about dog shows – win, lose or draw.

Over the years Joe and his good friend Col. Wallace Pede, as leaders of the Sr. Conformation Judges’ Association, became increasingly concerned about educating aspiring judges even before those individuals actually started the application process. Thus, they became an early pioneer in Judges’ Ed, holding an institute in Indiana, Pennsylvania, in the late ’80s. Later that site was utilized by the American Dog Show Judges Association, which now holds their educational event with the Louisville, Kentucky, cluster. The Dog Judges of America (DJA) also held seminars in association with the Westminster Kennel Club week over the years.

Troubling to Wally and Joe was what they considered unfair decisions shown in the process for allowing judges to advance. Such popular all-breed judges as Melbourne Downing and E.W. Tipton Jr. also lent their support to the association’s educational mission. The organization encouraged AKC to utilize fair practices in the advancement process.

Subsequently, SCJA decided to offer group curriculums rather than random breed classes to create a solid base to satisfy AKC requirements. Yearly surveys were taken by their organization, soliciting concerns of judges that were then processed and expressed to AKC. All these various efforts resulted in differing educational experiences available to those who would become judges.

By the 1990s AKC itself started offering Judges’ Institutes, highlighted by the Sporting Group Institute held in San Jose, California. This was the best individual learning experience ever for me and a number of others who attended it. The sport had benefitted from the early effort by the Sr. Conformation Judges’ Association that inspired others to offer similar activities around the country. 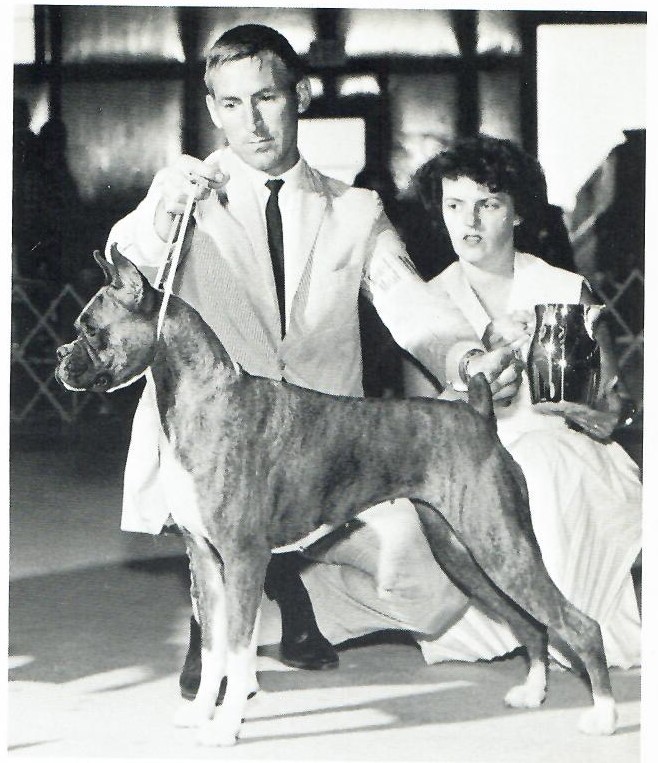 Ch. Treceder's Painted lady, winner of 39 BISs and #1 All Breeds in 1963. Owned by Mr. and Mrs. Donald Smith and bred by Don and Rita Montier. Because in Joe's words "she was a lady," she had to be treated that way or else she would not show. She tested Joe's skills in bringing out the best of a spoiled princess.

In living life to the fullest, Joe’s interest in sports led him and wife Mamie to purchase an American Basketball Association professional team – the Kentucky Colonels – in 1967. The team’s mascot, “Ziggy,” a Brussels Griffon that won BOB at Westminster and Chicago International, was the actual owner of the team and traveled to every game with Joe and Mamie where he sat in his mistress’ lap courtside. Mamie herself was also into sports and actually had become the first lady race-car driver to qualify for the Daytona 500 with her own race-car team.

Because the Colonels were considered the most exciting team in the ABA, their special attractions and colorful stunts were famous. They even signed a diminutive lady jockey whose uniform consisted of a mini-skirt and turtleneck top. Her job was simple in that she threw the ball in bounds and immediately a time-out was called by the Colonels to replace her with a regular-sized male basketball player.

The Colonels won the most regular-season games of any ABA team in the duration of the league. Joe and Mamie had sold the team by the time the ABA merged with the NBA in 1979. Although the Colonels did not become an NBA team, the ABA San Antonio Spurs and Indiana Pacers moved on. To this day Kentuckians still tell affectionate stories about the Colonels’ antics, and fans considered the side shows as much fun as the basketball game wins.

However, dogs remained the main focus of the Gregory family as Mamie and Joe continued to lend their considerable support to quality dogs over the years. Although son Joey was not drawn to the world of dogs, younger sister Evalyn started competing early on as her mother before her in Juniors. Evalyn thrilled her parents with her natural ability. Today she is a multi-group judge, and she and her partner – fellow judge David Haddock – were much in evidence as they toured the country judging with Joe in recent years.

It is fitting that Joe’s last two assignments were both related to his beloved Boxers – adjudicating the breed at the famed Morris and Essex revival show in October 2021 and judging the Top Twenty at the parent club, also in October. Joe was very disappointed when his doctor advised him in December not to travel to Orlando for his judging assignment at the 2021 AKC show.

To watch Joe perform his famous twirl in the ring while in his 90s was utterly amazing. After studying the gait of an exhibit, he would spin in the air and land to look at the next dog. Evidently, he danced a lot at home to stay fit for this maneuver. Furthermore, he was always a country boy at heart, loving to work on the family farm and be outdoors, staying fit in the process. As recently as this fall, Joe could be found chopping wood and doing other such chores on the land he inherited from his father. He was both boyish looking and acting until the end.

Colonel Wallace Pede was one of the few surviving veterans of World War II able to attend the 70th VE Celebration in 2015 in the nation’s capital. The Colonel passed away January 31, 2021, at the age of 97. Since both of these nonagenarians were enthusiastic dancers, perhaps they are enjoying exercising in Heaven and organizing all the kennel clubs and judges there, too. Joe in his recent letter to the fancy anticipated being with Mamie and enjoying all his dog friends and dogs that went before him. It’s easy to visualize them celebrating their life all over again.

Joe, thank you for all the good you did in your lifetime to inspire us all to be better people.

© Dog News. This article may not be reposted, reprinted, rewritten, excerpted or otherwise duplicated in any medium without the express written permission of the publisher.
Fri, 01/28/2022 - 9:52pm