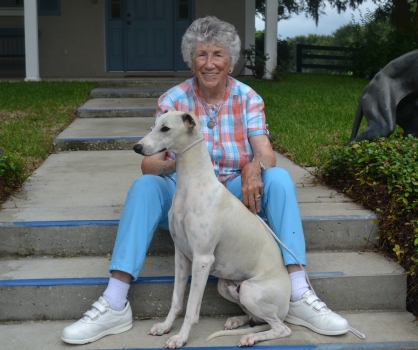 Carol Harris of Bo-Bett Farm left us on August 7, 2021. She was 98. She was involved in the world of dogs and dog shows since the age of 10. Her contribution to the sport through her Bo-Bett Whippets and Italian Greyhounds has been enormous. She was voted AKC Outstanding Breeder of the Year in 2009 and was nominated a second time in 2012.

Carol was born in East Orange, New Jersey, in 1923 – a pleasant and prosperous town. Thomas Edison lived next door. Babe Ruth liked to fish with Carol because she didn’t mind baiting the hooks with worms. Children could roam the neighborhood with their friends.

Carol’s best friend was another next-door neighbor, Isabel, who, under her married name Isabel Robson, also became famous as a horse and dog breeder. One of Carol’s favorite memories was how, after her 10th birthday, she bathed and brushed her first purebred dog, a Collie she named Baronald Rex, while Isabel did the same with her English Setter, Spot. The two girls took a taxi to the showgrounds and presented their dogs in an AKC show. That memory always lit up Carol’s face. The year was 1933.

While most famed for her Whippets and Italian Greyhounds, in her long life Carol also owned and bred Scottish Terriers, Airedales, Wire and Smooth Fox Terriers, Dalmatians and German Shepherds under the kennel name “Fulluvit.” When she moved to Florida in 1963, her Doberman Pinschers, and then Whippets and IGs, carried the name of her 300-acre farm, Bo-Bett. 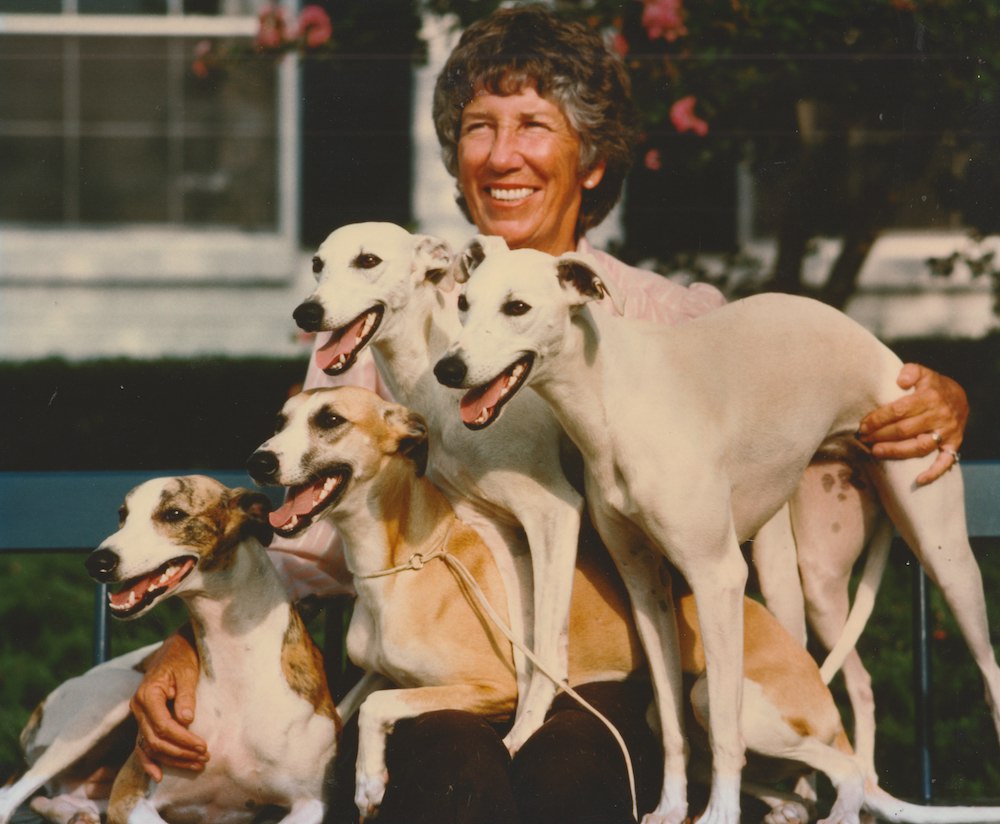 Being in Carol’s presence was to be inside a whirlwind. The care of her dogs and horses was never left to others, even though there were always plenty of farmhands around. It was Carol who rose early and fed 50 dogs before breakfast. I remember dragging home from a long day at a dog show, exhausted and hungry. While I looked forward to dinner, Carol scooped up the giant bowl of dog food and headed out to feed. “I was taught to always feed your dogs before you feed yourself,” she told me. One of those teachers was John Murphy, famed New York dog man and father of judge Desmond Murphy. “He told me I had a good eye for a dog,” Carol said. “He encouraged me to keep going.” 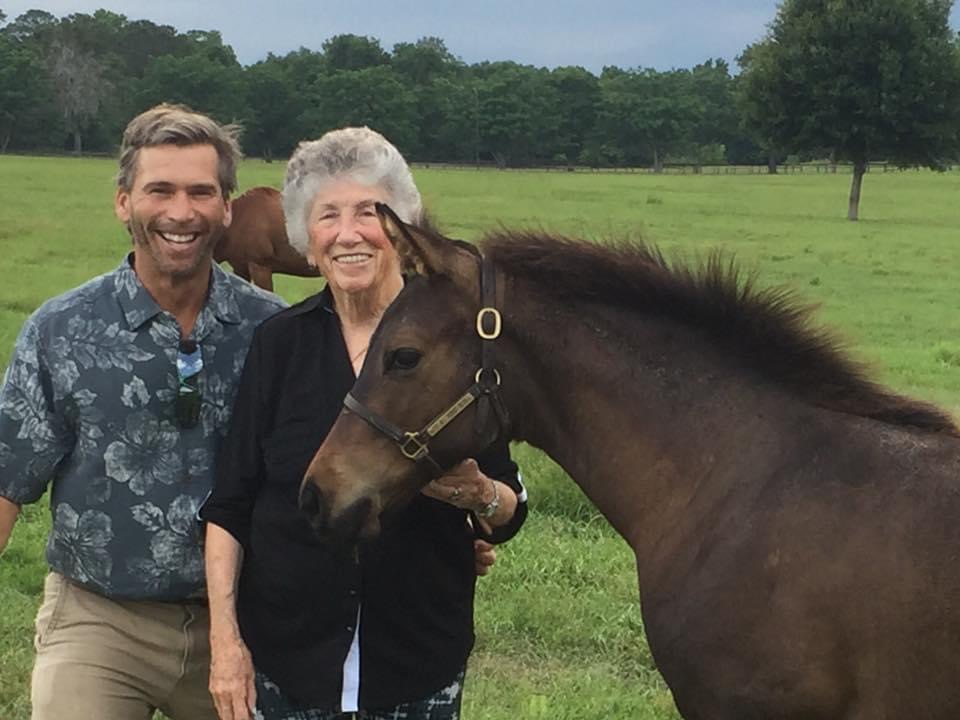 Feeding time at Bo-Bett was not a simple matter of kibble mixed with meat. It was part bonding ceremony, part training regimen and always a closely monitored opportunity to check her dogs’ conditions. The Whippets gathered round and had to wait politely for their handfuls of food. Those who pushed and jumped were not fed until they stood patiently at attention. 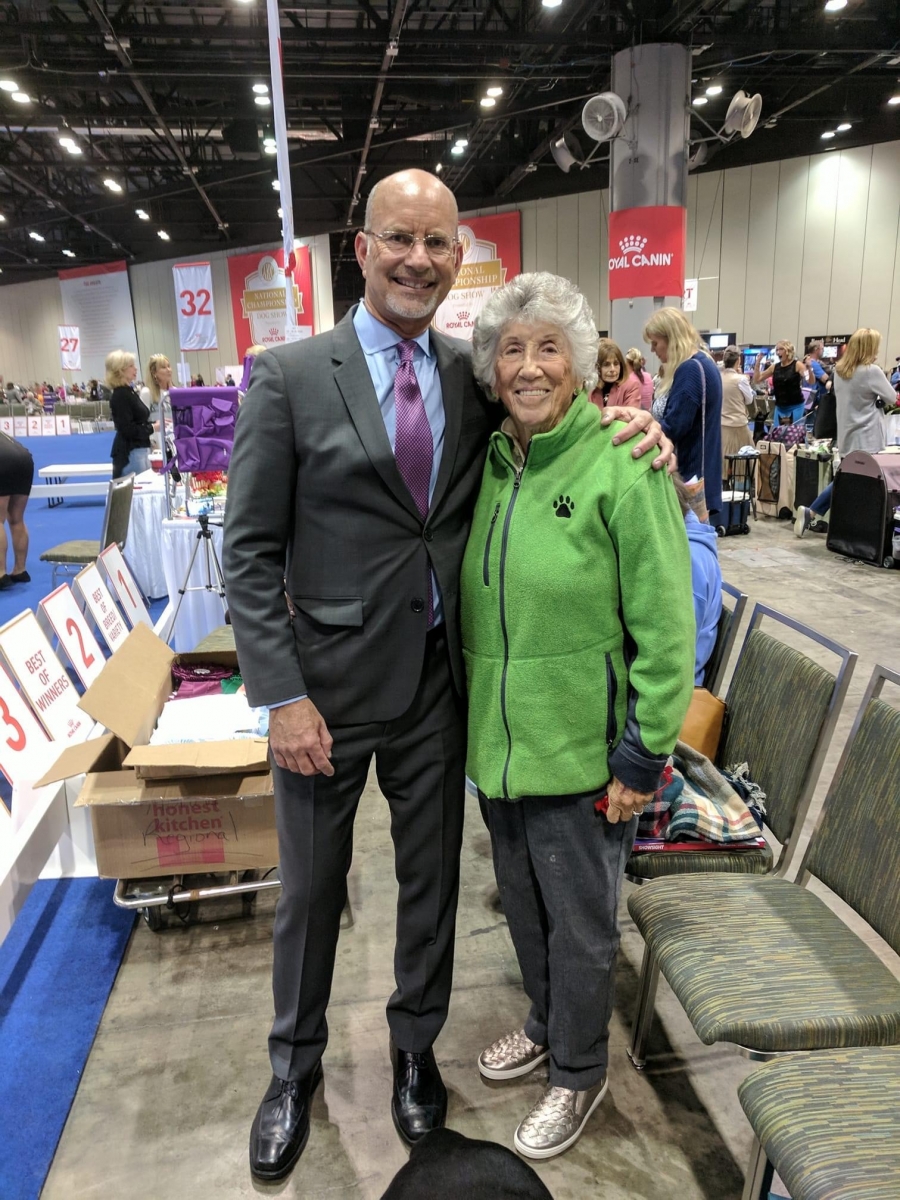 Carol’s grandfather was a successful businessman who earned his fortune manufacturing paper and cardboard boxes. Young Carol went to Westover School, where she was elected class president and learned two things: that a disciplined approach to study brought good grades and rewards, and the enduring value of friendship. “We helped each other,” she said. “The older girls helped the younger girls. If you needed something, another girl helped you. We took care of each other.”

One of the themes of Carol’s life, repeated over and over by her friends, is how she always wanted to help. Betty Gray created a therapeutic riding program that Carol supported and often hosted visits from the kids. Betty recalled that Carol brought her stallion Rugged Lark to the Special Olympics to perform for the handicapped audience, even though it was a 12-hour drive from Ocala.

In her younger years, she hand-stripped her own terriers. As she approached the age of 80, her fingers became gnarled and painful with arthritis. “That’s the Scotties,” she’d say, rubbing her knuckles. “This is what you get from years of hand-stripping.” Moving into sleek-coated Whippets and Italian Greyhounds did not erase the effects of those early years of intense handiwork.

Visiting Bo-Bett Farm was a pilgrimage to the sacred grounds of a truly committed, truly knowledgeable breeder. As you entered the gates, six lively Whippets barked a greeting, then sprinted up the driveway in response to Carol’s call.

The garage was turned into the Whippets’ living quarters, steps away from the kitchen. They exercised in large paddocks, greeted visitors, and followed Carol everywhere on the farm. She tried to keep the Italian Greyhounds loose in the house as well, but housebreaking IGs was a problem even Carol Harris couldn’t solve, so a luxurious home was built for them, just a few yards from Carol’s residence. She employed a caretaker for them, but it was Carol who hand-fed them every morning and night. “My program is simple,” she said. “Be with them, and be patient.”

There was one presence always by Carol’s side, her daughter Wendy Winans. Wendy was always busy, whether whelping a bitch in the middle of the night, or dialing in show entries, or keeping track of where busy Bo-Bett dogs were being shown and how they were doing. Wendy recalled that Carol didn’t care very much whether her dog won or lost; she wanted to know how it showed. “‘Did he look his best? Is he eating? Is he happy?’ Those are the questions she would ask,” Wendy said.

More than 500 Whippets and Italian Greyhounds became Bo-Bett champions. Bo-Bett type is stamped in the bloodline of both breeds.

Carol’s first Best in Show Whippet was Ch. Bo-Bett’s Snow Bunny, handled by the late Davin McAteer. Ch. Tekoneva’s Dario was her first top-winning Italian Greyhound. The Bo-Bett name was carried by many Best in Show Whippets and Italian Greyhounds, but Carol didn’t know exactly how many. She didn’t stop to count up all her successes, and never boasted about them. She just enjoyed everything that life brought her. She always said that what she enjoyed most about the success of her horses and dogs were all the friends who came into her life because of them.

Carol was equally famous in the horse world, as one of the early breeders and promoters of Quarter Horses. She was a trailblazer in the Quarter Horse world, a woman who competed right alongside the men. In those days, she was often the only woman in the ring.

She was one of the first women approved to be an AQHA Quarter Horse judge and was inducted into the American Quarter Horse Hall of Fame in 1997. She was the owner of Rugged Lark, who twice won the AQHA Super Horse title and became one of the most celebrated Quarter Horses of all time. 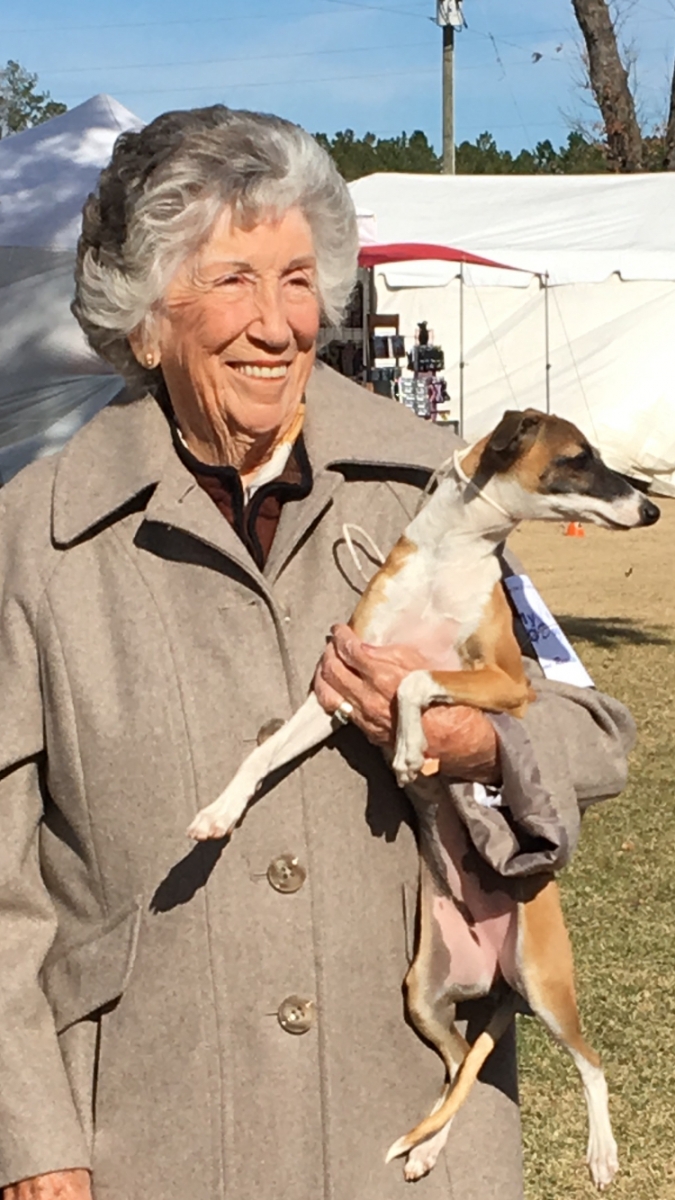 Carol attended many shows at the Ocala Dog Club show grounds, still handling her Italian Greyhounds in the ring at age 95. She didn’t like long trips and didn’t leave home very often. She attributed a lot of her success to being there. She said, “When everyone was traveling, going off to Europe and other places, that never interested me. I wanted to stay here with my animals. I’m happy just being with them.”

Above all, Carol believed in gentle, patient training, for horses and for dogs. In 2015, she was one of the founders of “Protect Them,” a movement to bring attention to the cruel methods being used to train Quarter Horses.

She never let age get in her way. Most of the time, she didn’t even remember how old she was! “I’m never going to stop, and don’t you, either,” she told me. A great motto from a great mentor.

Her smile was radiant, her wit was sharp, her words were always honest and to the point. Her friendship was priceless.

Sweet dreams, Carol. You will live on in our memories for many years to come.

© Dog News. This article may not be reposted, reprinted, rewritten, excerpted or otherwise duplicated in any medium without the express written permission of the publisher.
Mon, 08/16/2021 - 10:31am