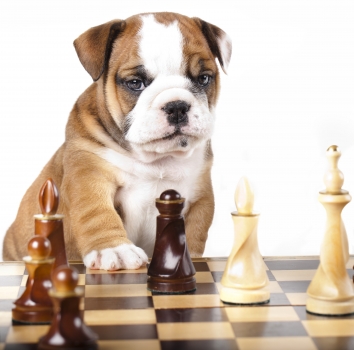 Do we get to pick and choose which parts of the breed standard we will follow and which we can ignore?
By
Sid Marx

We, as breeders and judges, are charged with adhering to our breed’s standard (and I hope we have done this with love). But do we get to pick and choose which parts of the standard we will follow and which we can ignore?

Essentially, every breed standard has a section that describes the proper temperament for that breed. I sometimes get ideas for an article from others, and recently, a dear friend – breeder and judge – called to talk about issues she has seen in temperaments. Since I have also seen issues inside (and outside) the ring, I thought we should explore this further. In an attempt to get a cross-section of opinions, I sent out a request for feedback from people I consider to be leaders of our community.

There was unanimous agreement that temperament – or traits thereof – is an inherited characteristic. However, we also agreed that early socialization is extremely important. One of the oldest controversies in psychology is the importance of Nature versus Nurture, and the results of each are seen in our dogs. I agree with an intelligent young breeder-handler who says, “I am of the mindset that temperament is as much hereditary as it is an environmental issue.” Basically, temperament reflects the biological and the inherited features, and character reflects the social and cultural contribution.

History shows us that all breeds need to experience as many different things and settings as possible when young. This is especially important for young dogs raised in very rural or country settings, because they do not hear loud noises or experience many people or other dogs. I also think a litter that is kept together too long results in some dogs not having enough confidence in themselves, and they can be shy under new conditions. But … I think a properly bred dog – and this is why good breeders are so important – can bounce back from difficult situations quicker than those whose background is not as strong.

We can consider the temperament issue from two different positions: dog shows and family members. Except for extremes, it is difficult for judges to determine a dog’s true temperament in the ring. Obviously, any dog that bites or tries to bite must be disqualified – even if it is a puppy, “He’s never done that before” or “He’s a Covid puppy.” The reasons for disqualification are to protect yourself, protect the next judge, protect anyone who might approach the dog, protect the family that owns the dog, protect the breed, and, to be honest, this dog probably is going to take a lot of work for him to be happy and secure in the ring – if ever. And being in the ring is not the most important thing in a dog’s life.

Of course, judges who responded all agreed that a fearful dog in the ring is wrong, but most would give more leeway to puppies than adults – although not if biting occurred. A few judges stated they would excuse (or withhold on) a frightened dog, and some would just not place it. I think one judge said it best: “That's a complicated issue. If I have a frightened puppy or dog new to the show ring, I feel it's my job to help with it. Much like a handling class, but I'm not going to use it or put it up. I love a ‘happy dog’ in the ring. Overt aggression … is never acceptable.”

A respected breeder-judge points out, “Experienced judges and those with real dog experience can see the difference between unacceptable behavior and an innate problem. Untrained, unsocialized, inexperienced dogs look and act completely different. Judges also recognize the difference in specific breed behavior and appreciate stand-offishness in a Saluki or an Afghan Hound. And there is a wide range of acceptable behavior within each breed and the wise judge recognizes that. Unfortunately, today's pharmaceuticals are much harder to detect.”

There was a split among breeders. All said they would never use an overly aggressive dog in their breeding program (what is your definition of OVERLY?), but would consider a shy or somewhat fearful dog under certain conditions. A top breeder said, “… it is a risk ... but if you know your linebred animals well enough and think they can overcome it, that is only when this would be allowed ... and never for aggression.”

Consider this honest comment by a breeder: “As for the aggressive dog temperament, I have seen a dog be used quite heavily and that trait followed through … Did he produce beautiful puppies? Sure. But was it worth reproducing that temperament? I think sometimes egos play into the promotion of a stud dog because the stud owner wants their dog used, or the dog might get used because he was a big winner. I’ve literally heard someone respond to a stud-dog owner, ‘I am not even considering your dog because it hasn’t won enough ribbons.’ Pedigrees? What are those in comparison to ribbons?”

Another top breeder replied, “It’s far too difficult to raise puppies in the best of conditions. Add temperament problems and it’s a step backward.” A respected breeder-judge says, “Way too many things are being overlooked in breeding these days.”

How about the performance side of our community? A friend who has had success in the conformation ring and even more in performance venues contributes this: “Why would you produce animals with these traits (shyness or aggressiveness)? The great majority of a litter will go to pet owners who will be liable for their dog’s behavior! A fearful dog in any situation is a liability. In a breeding program it is a discredit to the breed and breeder. I know breeders who breed for ‘the total dog.’ They never overlook temperament. I [also] know breeders who only look for dogs to show in the conformation ring who simply manage dispositions that are incorrect. I believe professional handlers are exacerbating the problem by finishing questionable dogs … then those animals are bred. Ugh.”

Judges will tell you it takes integrity – and a certain amount of guts – to DQ a dog unless it is extremely obvious. Some judges will find an excuse to just ignore or excuse the aggressive dog.

Many countries give judges in-person, hands-on tests in order to add breeds. A respected international judge shared this story with me:

“I was going through my last hands-on test to become an all-breed judge. My mentor was one of the three judges examining me. [There] was this class with two [hound] bitches. As they came in the ring, one was obviously better than the other: better type, sounder, more quality overall. So, I proceeded to judge them. I did the individual examination over the first one. No problem at all. I confirmed that she was less than average, almost mediocre. Then I tried to examine the other one on the table. The handler, an efficient one, obviously knew his dog very well — he was ready. She went for me, but he dominated her. I ended up being able to go over her because the handler controlled her perfectly. Remember: I was in an ‘exam’ situation. I was nervous. My mind seemed to work a thousand miles an hour. How badly should I fault the ‘good’ one because of her temperament? She was SO much better than the other one. Would the examiners think that I missed her quality if I beat her and put the lower quality up? After all, I HAD been able to go over her, but …  I KNEW she wanted to eat me! I ended up putting her up, the better one. OMG! [My mentor] almost killed me! He shouted: ‘How come the person that you have the most expectations for ends up failing you?! Never, NEVER put bad temperament up, because it’s highly inheritable, and we are first and foremost breeding dogs that will become a family’s PET!’ I NEVER forgot my lesson.”

Each breed (and group) has its own guidelines for temperament, based on that breed’s function. Descriptions of temperament range from (Cavaliers) “Gay, friendly, non-aggressive with no tendency towards nervousness or shyness. Bad temper, shyness, and meanness are not to be tolerated and are to be severely penalized as to effectively remove the specimen from competition” to “While reserved with strangers, the Komondor is demonstrative with those he loves, selflessly devoted to his family and his charges, and will defend them against any attack. The combination of this devotion to all things dear to him and the desire to take responsibility for them produces an excellent guardian of herds or home, vigilant, courageous, and very faithful.” In no case, is the dog described as aggressive to humans. There is a great difference between protection and unprovoked aggressive.

Obviously, we would expect a dog whose purpose is to be a guard dog to be harsher than a dog whose destiny is to sit on your lap. But in our misguided efforts to make every breed conform to what we want them to be, we have changed some breeds. Certainly, we do not want an ultra-aggressive breed in our conformation or performance rings, but do we sometimes go too far?

What happens when we start to change those temperaments? We may wind up with an aggressive dog in a breed that is designed to work in a pack, and shy – maybe a fear-biter – in a breed designed to protect us. Yes, we try to improve breeds, but basically that means we want them to conform – and that is not nature’s way. Maybe if there is a breed that needs to be ultra-aggressive to perform its function, it simply does not belong in a dog show. Or do we keep adding these breeds for financial interests? And are we not changing a breed that calls for “Friendly, reliable, and trustworthy” temperament when we wind up with dogs who are very “up” all the time? Or what have we done to a breed whose standard – and function – calls for “distinct personality marked by direct and fearless, but not hostile, expression, self-confidence” and “it should not be nervous, looking about or upward with anxious expression or showing nervous reactions” when many of them in the ring are looking nervously around for their master? Have we gone too far in our pursuit of “showiness”?

When we speak of a sound dog, soundness should include mental stability and confidence as befits that breed. Good structure, balance and pleasing heads are certainly important, but there can be nothing more important than good temperament for a dog and its family to have a happy life together. Unquestionably, most dogs will wind up as a family member – not as a show dog. Remember what one of our icons – Pat Trotter – correctly said so well, “All pets are not show dogs, but all show dogs are pets.”

© Dog News. This article may not be reposted, reprinted, rewritten, excerpted or otherwise duplicated in any medium without the express written permission of the publisher.
Fri, 09/09/2022 - 10:02pm