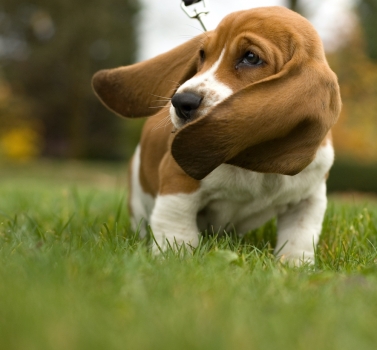 How will our decisions and actions as judges, breeders and exhibitors affect the future of our breeds?
By
Sid Marx

Have you ever wanted to be a “fly on the wall” listening to discussions among judges as they sit ringside watching the groups or go to lunch? What are they talking about? Are they comparing their decisions on dogs – past, present, or future? Surely, they must be talking about the entries they are judging. Or – even worse – are they talking about which dogs to put up?

In various parts of the country – indeed, the world – there have always been “newspapers” dedicated to the great exposé. These “yellow journalists” reveled in letting their readers peek behind the curtain to strip away the secrets of celebrities. Now, by no stretch of the imagination am I comparing our AKC judges to movie stars, sports figures and other celebrities, but there certainly is a great deal of discussion about judges. Nor do I intend to “strip” anything from our judges or peek behind any curtain (I can hear that great sigh of relief). But we can talk about what really happens in these discussions at shows and away from shows.

Here's an example that happened in a recent dog-show judges’ lunchroom that will give you an idea of just how secretive a discussion between two judges can be. It was brutally cold that day, and there was very little protection from it. In the hospitality room, two judges found a way to warm up. Both stepped behind the serving counter where the ladies serving lunch had the stove going full force – both the upper burners and the oven with the door open – to try to get some warmth into the room. Two of the judges stood in front of the stove, individually rubbing their hands over the open flames. They looked at each other, grinned, and almost in unison said to each other, “This is better than … ” And both laughed until their eyes watered.

Continuing the discussion about how cold it was, a couple of the judges reminisced about how it was when they were handlers, and what it was like to have to feed and give water to the dogs at 5 a.m. when it was so cold that when you tried to empty the water buckers, blocks of ice would slide out. We all said how glad we were that we did not have to do that anymore, but I saw a look of wistfulness on many faces.

At some point, the decisions or perceived attitudes of the AKC always have a place in the conversation. Positive comments are made about actions, such as the increased number of webinars during the pandemic, which are balanced by negative comments about AKC ostensibly helping to market “exotic” colors that are truly unacceptable in a breed standard.

And now for some serious discussion. One thing judges rarely talk about is decisions made by other judges. It is certainly considered bad form to criticize another judge. But what if those decisions are flat-out wrong? I am not talking about differences of opinion based on where one places priorities – those are natural and valuable. As one judge half-jokingly questioned about another judge – “Is it better to be considered stupid or crooked? Is it better to be considered predictable or unpredictable?” Hmmm.

In 1859 Charles Darwin presented his theory of natural selection. According to Wikipedia, “natural selection is the differential survival and reproduction of individuals due to differences in phenotype. It is a key mechanism of evolution … the change in the heritable traits characteristic of a population over generations.”

We recently spent three days in the middle of the Apache-Sitgreaves Natural Forest. There are herds of wild horses in the forest, and they demonstrate natural selection in reality. We watched as two stallions fought for the right to lead the herd, and the mares and foals followed the leader.

Even before this, Shelly and I had a discussion about how every dog breed today is manmade. Our dog community speaks glowingly about preservation breeders, and with good reason. But aren’t we really trying to do more than preserve? Aren’t we trying to also improve? We have become the (not so much) Natural Selection! Compared with the dogs of 50 or more years ago, most of our breeds today have better coats and – thanks to veterinary and nutritional advances – they are in better health. Perhaps the dogs of the ’50s could not be competitive because of coat and presentation, but are today’s dogs better built for functionality?

In 1960, Spencer Tracy and Frederick March starred in “Inherit the Wind,” a fictionalized account of the famous 1925 “Monkey Trial” that questioned whether a teacher had the right to teach evolution instead of creation in an era of ostensible fervent Christianity. The film’s title is taken from Proverbs 11:29: He that troubleth his own house shall inherit the wind. Most biblical scholars believe this means if you cause troubles in your own house, or family, then you will inherit the "wind," meaning you will inherit nothing.

Are we “inheriting the wind”? How will our decisions and actions as judges, breeders and exhibitors affect the future of our breeds? Do we think about this, or do we just act by rote? When the group winners on the first day of a three- or four-day cluster just get repeated for the rest of the cluster, are they the only best choices or are we being lazy? When a judge just automatically “crosses over” the points to share the major, is he being kind or adding to more cheap champions? Who is being the breed protector: the judge who uncaringly just hands out points to the best of the worst or the judge who withholds points when they truly are not deserved?

At a recent show I had watched a specific group the first two days, and then judged it on the third day. On the fourth day I judged the breed. I was so shocked that one of the entries I judged in the breed – in my opinion easily the best in the ring – had not been in the group ring any of the previous three days that I asked the handler as I handed her the Best of Breed rosette, “Has she not been here all week?” She gave me an understanding smile and said, “Yes, she has been here all week.” So, if good “Preservation Breeders” work to produce real quality, isn’t it a shame if the judge cannot – or will not – recognize that quality?

Another quote from “Inherit the Wind” is: “It's the loneliest feeling in the world – to find yourself standing up when everybody else is sitting down.”

There are times when one or two judges – who are very good friends – are alone, that decisions made by other judges are discussed – questioned. I know – it is just one person’s opinion, and the decisions are not black and white. And, as I have said many times, it is all a question of priorities. That is the politically correct thing to say, but there ARE correct decisions and incorrect decisions! There – I said it!

I don’t want to get into a discussion of critiques, because very often they result in repetitive, generic comments, but … in the olden days, it seemed that AKC (i.e. Len Brumby) approved someone as a judge because that person had been watched, and it was apparent that he or she was a qualified “dog person,” and could be a good judge. Today, if one can go to enough specialties, check enough boxes and pass some tests, that person is approved as a judge. I know this new procedure has produced MORE judges, but has it produced BETTER judges? You be the judge of that.

One last thing: Let’s watch out for each other. At a recent show, one of the judges on the panel did not show up for the shuttle or for early-morning judging. I was concerned, so after calling her cell phone and not getting an answer, I called the hotel and asked the desk clerk to go check the room. As it turned out she was fine, and just was not scheduled to judge until later so did not want to go to the show too early. But we should always look out for each other, since many of us travel alone.

© Dog News. This article may not be reposted, reprinted, rewritten, excerpted or otherwise duplicated in any medium without the express written permission of the publisher.
Sat, 06/26/2021 - 9:28am