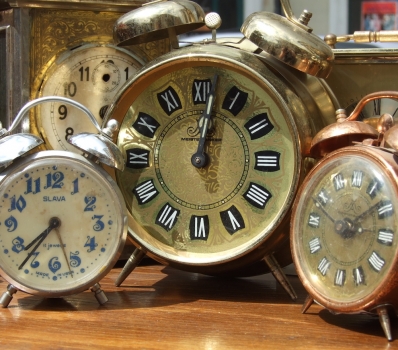 Whether you're a breeder or handler, the sport of dogs is rarely a 9-to-5 affair.

Unlike that Dolly Parton film, the dog-show life is 24/7
By
Sid Marx

The movie 9 to 5 featured an all-star cast – including Jane Fonda, Lily Tomlin, Dabney Coleman and Dolly Parton in her acting debut – in an improbable comedic satire of the “working class” and the sexist working place. The 1980 movie is certainly forgettable, but the title song was popular for a long time. The most memorable lyrics from the title song are:

Working 9 to 5, what a way to make a living
Barely getting by, it's all taking and no giving
They just use your mind, and they never give you credit
It's enough to drive you crazy if you let it

A very large percentage of the world are those who work nine to five, but I don’t think it is much of an exaggeration to say that we have very few – probably none – 9-to-5 personalities or positions in our dog community. Certainly, breeders are as far away from a normal eight-hour day as possible. From the time a breeding is planned – based on the qualities of the sire and dam, health clearances and pedigree compatibility – the breeder is practically obsessed with preparations for the litter. Themes for the litter and puppy names become an obsession, and help is requested via social media. Plans and dreams take on a 24-hour mental schedule.

As the whelping day approaches – and preparations are made – sleeping hours become shorter. The day the puppies are born – usually between midnight and 4 a.m. – is the end of a full night’s sleep for the breeder for a long time. Essentially, constant attention is paid to the dam and puppies, and the days are filled with feeding and cleaning up after the pups. Puppies are socialized and “graded,” all with an eye to helping each of them reach their full potential and to match the right puppy with the right home. Truth be told, a real breeder never stops worrying about the puppies she has bred, and will follow them throughout their lifetimes in their forever homes – and be ready to jump in if there are problems. Breeders are 24/7/365.

The owner/exhibitor in our community is also not a 9-to-5-er. These lucky people live with their wonderful dogs, so they get to experience their love and faithfulness in addition to whatever joy they get from showing their dog. Some turn their loved fur family member over to a more capable handler or a professional – and that is fine – while others do the training, grooming and preparation, and then allow a more experienced handler show their dog. Either way, the special feeling the owner-exhibitor gets with a win or – just as importantly – a good performance is a very special “high.” Showing your dog or watching your own dog showing beautifully often brings a tear to the eye. Since this dog is part of the family, the owner-exhibitor is certainly not a 9-to-5-er.

As we move to our dog shows, show superintendents don’t fit the 9-to-5 mold, either. At the show, they are there early – including the day before to set up the rings. During the show, they handle errors, questions and problems – as well as keeping the show moving and scheduling group judging. When the show ends, it is time to take down the rings, clean and roll up the mats, and pack the truck. After a long drive, the following few days “at home” require reports and paperwork, and then it is time to pack up and leave for the next show.

Basically, the same can be said for the AKC conformation representatives. Their presence at the show is essential to show chairs, exhibitors and judges. When away from the show, their time is filled with travel and the never-ending paperwork. Throw in a few breed interviews with judges wanting to add breeds, and discussions with “permit” judges to discuss their judging of new breeds, and their schedules fill up quickly. (By the way, the same can be said of the AKC Agility/Obedience representative.)

The show chairperson and those on the show committee have been working on the show for months (sometimes years), and often there are last-minute changes due to a judge’s health or travel problems. Most on the committee start well before the show opens and are there well after the Best in Show rosette has been handed out. There are always unplanned problems at a show, and we should be thankful for the show committee’s efforts to keep things moving along.

Want to be a professional handler because they win so much? Be prepared to commit your whole life to doing this – assuming you have the talent to begin with. This group of people is the furthest away from being 9-to-5-ers that is possible. They have the responsibility of caring for dogs that belong to – and are loved by – other people. They have the pressure of “supposed to win” every time they enter the ring. The good ones come to love the dogs they show, spending hours training, conditioning and grooming them. I still remember a great many years ago, walking past Bill Trainor after Best in Show was long over – and everyone was loading up to leave. He had a Golden Retriever on a table, and was grooming him. Smiling, I said, “Hey, Bill. It’s too late. The show is over.” His response was as you would expect from someone as professional as Bill. He said, “Yes, I know, but there’s another show tomorrow – and next week – and this dog needs the work.”

Please allow me a few minutes here to climb onto my soapbox. I think it is absurd that professional handlers – and “professional” judges – are not allowed to be AKC delegates. Like it or not, handlers are a significant part of our community – and for many, a very knowledgeable and caring group. Prohibiting “professionals” from representing our community at delegates meetings is simply depriving all of us of talent and “new blood.”

The same can be said about prohibiting judges who charge a fee. Many of these judges are among the most knowledgeable and experienced in our community, and – because of antiquated rules – they cannot represent a club at the AKC. Besides, how many of the so-called non-professional delegates earn money from dogs – like with grooming, boarding kennels, etc.? What’s the difference? Simply absurd.

Consider the iconic judges and professional handlers who are barred. We are less because of limiting them. There are certainly many AKC delegates who want to make the AKC the best it can be, but there are also too many for whom this is their four-times-a-year social event and rubber chicken, and they simply rubber-stamp whatever AKC “staff” (whoever that is) puts before them. Is it better to be represented by these people for years than to have the possibility of some new creativity from professionals?

Judges certainly don’t always work five days a week – and certainly not on a 9-to-5 schedule. On weeks before we have judging assignments, time is spent investigating and scheduling travel plans for upcoming shows. Some judges study for new breed tests, take tests, or have an interview with an AKC representative.

On weeks that we have a judging assignment, the travel the day before the assignment often starts at 5 a.m. to catch a flight, and if there are problems may not end until well after midnight. Airline travel these days is arduous and stressful – and certainly not reliable. We are up early and arrive at the show up to an hour before judging starts. We are on our feet for more than 10 hours a day, concentrating to try to make the right decisions. We often don’t get to dinner until after 7 or 8 p.m., then back to the hotel room for a few hours sleep before starting all over. The last night before the show we need to pack. We often are up before dawn the day after the shows are over to catch an early flight home. And then it starts all over again. See anything that is 9 to 5 there?

And why are we all willing to do this year in and year out? It’s called commitment and loving what we do – and the dogs that are the major part of it. I think two quotations from the father of my “Argentine sister” ring true here. He said, “This dog game is the secret for eternal life, because there’s always a new pup that fills you with expectations. And then, if that pup doesn’t turn out, there’s yet another one, and so on. We’re always full of expectations about the latest pup.”

He also said, “To do this dog game, one needs to be crazy and in good health.”

© Dog News. This article may not be reposted, reprinted, rewritten, excerpted or otherwise duplicated in any medium without the express written permission of the publisher.
Sat, 05/07/2022 - 7:42am