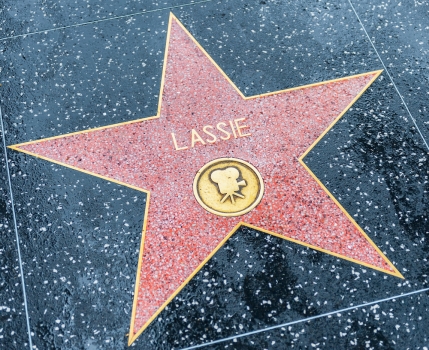 If may not be Lassie's star on the Hollywood Walk of Fame, but many parent clubs have Halls of Fame or Registers of Merit for the most accomplished dogs in their breed.

How do parent clubs determine what dogs get this high honor?
By
Sid Marx

Some time ago the parent club of a retriever breed was considering changing its requirements for inclusion into the breed's Hall of Fame. This is truly a breed that celebrates its versatility, but there was a faction within the parent club that wanted to remove the conformation requirement (which was not very difficult to attain). This is a breed that is very important to my wife and I, so I felt it was important for me to put in my two cents.

Part of my reply to this considered change was, "The most important essence of a breed is ‘breed type.’ It is the whole of the characteristics that are typical that defines breed type. It is the breed standard that describes these characteristics, and as it says in the ... breed standard, 'The distinctive and most important features ... are the silhouette (both moving and standing), smooth effortless movement, head type, coat, and character.' I am concerned that if we remove the conformation requirement for Hall of Fame entrance ... we may lose many of these attributes." I was concerned that we would wind up with a generic dog (as if we don’t see enough of this already).

Considering this question led me to wonder how other breed clubs handle their Hall of Fame or the equivalent. I reached out to many breed clubs, inquiring as to their requirements and attitude regarding a Hall of Fame. My very unofficial and admittedly somewhat limited survey crossed the seven groups, and I thank those who responded so promptly and completely. My inquiry was usually sent to either the breed club's president, AKC delegate or board member.

Some breeds may not offer a Hall of Fame, but do have a Register of Merit program that honors dogs and bitches who have excelled as producers and/or a Versatility Award. I was somewhat surprised at the breeds who offer nothing in any of these venues. A couple of breed club presidents even stated this survey may be the impetus for their breed to start this type of recognition. Here is an overview of some of the breed clubs’ responses.

As one representative of the Sporting Group, consider the Vizsla Club of America.

The Vizsla Club of America holds in highest esteem Vizslas, who, by virtue of their own outstanding achievements, and/or those of their get, reflect the essence of the breed's character and purpose. These dogs epitomize the Vizsla as that of a Sporting Breed. During their lifetimes, they have achieved national recognition, have left an everlasting impression upon the breed, have excelled in show, field, or have been recognized for uniquely exceptional accomplishments or firsts for the breed. The Vizsla Club of America has established a HALL OF FAME to honor the memories of these dogs, for evermore. In order for a Vizsla to be eligible for nomination 1. Been deceased for at least two years prior to nomination 2. Been registered with the American Kennel Club 3. Substantially contributed to the breed in more than one venue, (such as field, conformation, agility, obedience, rally) individually or through their get 4. Left an everlasting impression on the breed. In addition: In order to be inducted to the VCA Hall of Fame a dog must receive 50% plus one vote of all ballots submitted by the membership.

And the German Shorthaired Pointer Club of America also considers contributions of the individual as well as an emphasis on the progeny:

Election to the Hall of Fame recognizes a dog’s contributions to the sport and is considered one of the highest honors in this time-honored sport. The German Shorthaired Pointer Club of America holds in highest esteem GSPs who, by virtue of their own outstanding achievements, and/or those of their get, reflect the essence of the breed's character and purpose. These dogs epitomize the GSP as that of a Sporting Breed. During their lifetimes, they have achieved national recognition, have left an everlasting impression upon the breed, have excelled in show, field, or have been recognized for uniquely exceptional accomplishments or firsts for the breed.

The Golden Retriever Club of America has a Hall of Fame for “show dogs,” based on Group placements and Best in Show wins. They also offer awards for Outstanding Sire or Dam.

The Weimaraner Club of America has a Hall of Fame based mostly on what the dog or bitch’s offspring have accomplished as determined by a HOF committee that is comprised of members who have extensive knowledge and background in the breed.

The Irish Setter Club of America offers a Register of Merit (ROM) award for both conformation and field dogs based on excelling as producers for both sires and dams determined by champions produced.

These types of awards are absolutely not limited to Sporting breeds. The American Bloodhound Club offers both the Hall of Fame recognition for qualified dogs, a Certificate of Recognition for AKC CGC, CGCA, Trick Dog, and Therapy, and continued registry of titles attained by Hall of Fame dogs. The purpose of these awards is to honor the hard work and accomplishment of members and their hounds. Requirements for the various awards are based on Best of Breed wins, number of Bloodhounds defeated, and group placements. This parent club also recognizes Dams and Sires of merit, Working Dog Hall of Fame (based on tracking and “mantrailing”), and obedience, rally and agility excellence as befits this versatile breed.

The Airedale Terrier Club of America does not have a specific Hall of Fame, but in conformation this breed’s “prize” is winning the Airedale Bowl that is awarded the breed winner at Montgomery County each year. That is their Hall of Fame. The winners are listed in the Montgomery catalog each year, and that list goes back to 1960 and the winners whose names are engraved on the Airedale Bowl goes back to 1909. The club has also initiated a Versatility Awards program.

The American Cavalier King Charles Spaniel Club awards a coveted ROM designation (Register of Merit) to males that have sired 10 or more champions, and bitches who have produced five or more champions. When Cavaliers were first admitted to the AKC registry in 1996, the standards for male ROMs were even higher, at 20 champions. A Legion of Merit (LOM) is awarded to dogs that have produced at least three get who have obtained their ROM and bitches that have produced at least two get who have obtained their ROM. There is also a Versatility Award (Beauty and Brains) that recognizes dogs that have achieved wins in Conformation, Companion and Performance.

The Great Pyrenees Club of America has a Hall of Fame based on “points” computed by National Specialty wins, Bests in Show wins and Group placements. Additionally, the club recognizes Outstanding Producers and Obedience and Performance titles.

The Portuguese Water Dog Club of America does not have an award that is called the Hall of Fame, but it does keep records of top sires and dams in conformation and performance venues.

Do you know if your breed has a Hall of Fame? Do you know the requirements? Do you know some of the dogs who are in that “hall?” Do you see the value in having parent-club recognition?

© Dog News. This article may not be reposted, reprinted, rewritten, excerpted or otherwise duplicated in any medium without the express written permission of the publisher.
Wed, 05/26/2021 - 12:48pm