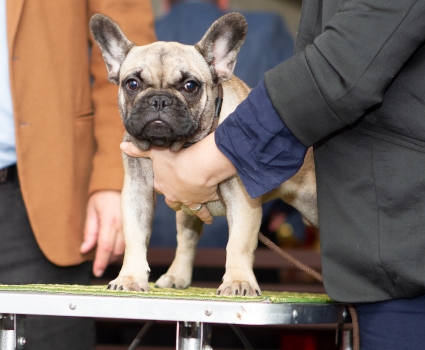 My favorite writers are among those known as the “The Lost Generation.” Writers such as F. Scott Fitzgerald, (The Great Gatsby, Tender is the Night), Gertrude Stein (Wars I Have Seen and poetry) and E.E. Cummings (The Enormous Room and poetry). Having witnessed the horrors of World War I, the basic theme of these writers was the loss of youthful idealism and feelings of disillusionment. One of the best known of these writers was Ernest Hemingway (A Farewell to Arms and For Whom the Bell Tolls).

Towards the end of his life, Hemingway wrote The Old Man and the Sea, a short heroic novel that was published in 1952 and awarded the 1953 Pulitzer Prize for fiction. It was his last major work of fiction. It is a simple, blunt story that centers on an aging fisherman who engages in an epic battle to catch a giant marlin. The central character is an old Cuban fisherman named Santiago, who has not caught a fish for 84 days. The family of his apprentice, Manolin, has forced the boy to leave the old fisherman, though Manolin continues to support him with food and bait. Santiago is a mentor to the boy, who cherishes the old man and the life lessons he shares. Convinced that his luck must change, Santiago takes his skiff far out into the deep waters of the Gulf Stream, where he soon hooks a giant marlin. With all his great experience and strength, he struggles mightily with the fish for three days, enduring pain, blood and frustration. Through it all, he admires the strength and dignity of the giant marlin. Finally, he reels the marlin in and lashes it to his boat because it is too big to haul into the small skiff.

By the time Santiago gets the fish back to the dock, other fish have eaten at the giant marlin and there is very little left of it. The ending of the story highlights the ignorance of society at large at the old man's heroic feat. The tourist and waiter are only aware of the shark's skeletal beauty without ever realizing what the old man had gone through to bring the fish in to dock. Reflecting on the old man's experience is an inspiration for living one's own life and dealing with its problems. It is a story of courage.

Various dictionaries define “courage” as “mental or moral strength to venture, persevere … mettle, resolution, spirit and tenacity.” I bet that when you see a judge standing in the middle of the ring, you hardly ever give that person a second thought, because it is simply what is expected, and certainly very few would consider that judge to be displaying courage. Tough, durable, resilient, and determined are also words you probably would not use to describe the person standing mid-ring. In fact, I was reminded recently by a good friend that being a judge these days is absolutely not for the meek or the weak.

I am not talking about the younger, newer judges – many of whom are just starting out, and are full of enthusiasm and vitality (as they should be). Their turn will come along the way, and, hopefully, their experiences won’t lead to disillusionment. What of the majority of group or the multi-group judges who – almost always – are no longer “spring chickens.” Many of these judges are in their 60s, 70s or beyond. I have previously expressed my admiration for the handlers and owners who show multiple dogs throughout the day. With some notable exceptions, most of these handlers are considerably younger, and many are still in “the prime of their life.” Not so much with many of our senior judges.

Consider what it has taken just for that judge to make it to the center of that ring. Air travel today is absolutely exhausting and stressful. Whether bags are checked or not, they still have to be packed and lugged around. In order to get to the show city at a somewhat decent hour, most judges leave home well before the sun comes up – usually catching a flight around or before 6 a.m. The times that a judge can get a direct flight from her home airport to the show city are almost non-existent. A myriad of judges can share their experiences of running through airports,  and some of the distances between gates involve getting to a different and distant terminal. And running while dragging luggage behind is not a walk in the park. On top of this, factor in delays and cancellations, and the stress continues to rise.

Lately, perhaps due to Covid or to reduce costs, clubs have been putting judges up in hotels that do not have a restaurant, and some don’t really even have a restaurant within reasonable walking distance. At any event, consider the judge who has had a flight or two cancelled, and used experience, cunning and maybe begging to finally arrive at the hotel in the evening. What is this judge to do about dinner (after already missing lunch)? Many hotels now do not start serving breakfast until after the judges have had to leave to get to the show.

So … travel to shows can be difficult for some judges. So what? The difference between doing this on a regular basis as someone much younger or as a golden-ager is like standing on the dock fishing compared to Ernest Hemingway’s The Old Man and the Sea. I can assure you that no judge – regardless of age or health – is looking for your pity. Maybe … just a little respect. If you don’t respect the judge’s opinion, then don’t enter. But, in my opinion, these judges have “paid their dues,” and the position deserves respect.

Consider this recent experience – and comment - from one of my dear friends, “Sooooo many exhibitors complain because those judges, who have gone through those many ‘hoops’ to get there, seem to be exhausted and grumpy. Exhibitors insist that they (the judges) obviously don’t want to be there! I always think in those cases: ‘Why didn’t they just remain in their homes?’

Truth is that we, judges, cannot complain. There is a myriad of young judges that cannot wait to try their wings, and are ready to face all those problems without whining.

Last night I arrived at the airport at 1:15 a.m. (flight delays and cancellations). As a result, I lost the shuttle to the hotel. Arrived at 2 a.m. Went to my room, key didn’t work. Went downstairs and asked the guy to fix it. He did. I went up and key still didn’t work. I ended up going to bed at 3 a.m. Then I woke up at 5:45 to judge all day. I was exhausted! But thought to myself, ‘I shouldn’t complain. I chose to do this.’”

As is the norm for people of their age (I should say, OUR age), we all have our daily aches and pains. On top of this, many have gone through surgeries or hospital stays. And yet, getting back to the center of the ring is an important part of the lives of these judges. For many, it is their raison d’etre. As I write this, I am scheduled for major surgery in a few days. Part of the planning for scheduling that surgery had to do with judging assignments, and how to miss the least amount of them. I did not want to disappoint the clubs or make things more difficult on them, so I cancelled shows early, and it really bothered me to do so. Many of our older judges have gone through surgeries – some of them quite serious – and rushed back to the ring as soon as they could. And, as I was reminded by a friend, “While in that ring we make hundreds of decisions that by their very nature will satisfy a few and disappoint the majority.” And, “we feel a heavy responsibility to the sport and to the breed (and community) to do our best.”

I have to admit that I enjoy judging, and I hope I am doing something worthwhile for our breeders and our dogs.

So, we rush back to stressful travel, unhealthy meals and standing on our feet all day. Why do we do it? I think I speak for most of us when I say, “Because We Care.” We care about our “sport,” we care about our community, and – most of all – we care about the dogs. And we are always hopeful that this may be the day we find that very special dog that takes our heart away and makes this all worthwhile.

© Dog News. This article may not be reposted, reprinted, rewritten, excerpted or otherwise duplicated in any medium without the express written permission of the publisher.
Tue, 04/26/2022 - 11:32pm