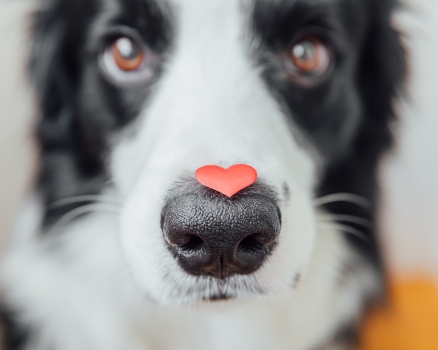 “You need to have a heart operation.”

That is certainly not a sentence anyone wants to hear. Since our community is graying, I thought I would share my “heart experience” with you. ­

I was shocked to hear the doctor say those words. Of course, I knew I was getting old(er), but I had no reason to think I had anything seriously wrong with me. Yes, I would get tired. Yes, I tried to show my own Irish Setter at a specialty, and could barely make it around the ring, but wasn’t that also just getting old? Apparently not.

Luckily, a very complete annual examination indicated to my doctor that there might be some serious coronary blockage, so even though my blood pressure was not that high, I was sent to a cardiologist for further investigation. I was still sure that there must be a mistake, because I was not feeling that bad. The nuclear stress test was really disorienting – made even more difficult because I had to wear a mask. Actually, I was having so much trouble breathing that the doctor had me remove the mask. The results indicated that there was considerable coronary artery blockage, and it was recommended that I have a coronary angiogram and possible angioplasty. It was at this point that I really started to get worried and stressed out.

A few weeks later, I was in the hospital, waiting for my angiogram. I was certainly concerned, but felt better that this was not a really invasive procedure. For the angiogram you are actually awake, but sedated. It was a funny feeling. Afterwards, the cardiologist advised me that he was unable to perform angioplasty during the procedure because there was such severe artery blockage. He referred me to a cardiac surgeon.

At this point I was still not convinced that I was going to approve having an operation, especially since many hospitals were so backed up with Covid patients. Doing some research, I found out that this particular surgeon was considered the best in the state. Finally, after speaking with my regular doctor, the cardiologist, and the cardiac surgeon, reality began to close in on me. According to the doctors, waiting a long time was not really an option. So, the decision was made and a date for the operation was set. Believe it or not, one of my primary concerns was how many judging assignments I would miss. I felt terrible about cancelling on clubs, but I had no choice. I quickly contacted clubs to give them as much time as possible to find a replacement judge.

Needless to say, I was frightened at the prospect of the operation. I didn’t want to share this with too many people, but this community is like part of my family, and so I spoke to a few members of our community. The way our dog-show family supported me was a reminder of how many very special people we are lucky to have. One friend told me about his father going through the same operation, and how well he recovered. After my operation, he and his wonderful wife checked in on me periodically to see how I was doing during my rehab.

An Irish Setter friend – a nurse-practitioner – told me I would feel like a new man (if I can pick the man, it will be Superman) after the operation, and that she would keep me in her thoughts and prayers. She was very reassuring, and her hug stayed with me.

One of my best friends called me two to three times a week to check on me. He and his wife have been great about helping with my Irish Setter since I cannot do it. My South American friend checked in on me on a regular basis. These friends will never know how important you all are to me.

A fellow judge who is also a doctor called to tell me he had gone through the same operation. He talked me through the procedure, what to expect, the rehabilitation process, and assured me that with the top surgeon I had, the operation may be frightening, but it was becoming more and more commonplace and safe. He called me a few times before the operation to continue to reassure me, and then followed up after the operation to see if I wanted to talk about it. He knew that it was natural after an operation like this to go through periods of depression, and wanted to make sure I knew that – in addition to my wife – he was there if I wanted to talk with someone who had gone through the same thing. This man was a rock for me, and I will be forever grateful.

Finally, the day came, and I was in the hospital. I started in pre-op, where I had to put on that very embarrassing nightgown. Then my chest was shaved, and vitals were checked. Just as it was time for me to be taken into the operating room, a nurse came in with a male orderly (for protection?) to tell me I would not have my operation today, because my surgeon had been called away for an emergency. Someone would call to tell me when I was being rescheduled. Talk about a rising stress level! I almost decided that this was a sign for me NOT to have the operation, but a week later, I was back in the same pre-op room, and this time there was no rescheduling.

Sounds. Voices. Light. I was waking up. I had a tube stuck down my throat and I felt like I was choking and could not breathe. I fought to get it out. I was later told that it took six nurses and orderlies to hold me down until they could get the tube out. I had come out of anesthesia earlier than expected.

Recovery has been an ongoing thing. Although the nurses were great, the four days in the hospital were like being in hell for me. I couldn’t wait to get home. When I finally got home, just being with Shelly and my dogs made every day better, but there were some things that seemed like Satan had followed me home. As I did while in the hospital, I slept – fitfully – in a chair. Why? Can you get into bed without using your hands or arms? Can you even get into and out of a chair without using your hands to push up? Can you sleep on your back exclusively without turning at all so there is no chance of putting pressure on your chest?

The dogs had to stay away from me so there was no chance of them even brushing against my chest, or Trace tripping me. Frankie did not understand that or why he wasn’t in bed with me. Three to four times a day my exercise was walking for 10 to 12 minutes, gradually building up to where I can walk for 30 minutes or more now. I am still in a rehab program – working out three times a week – and also walking with Shelly on my off days. I absolutely could not have made it through this without Shelly.

My “muse” reminds me to be sure to tell everyone that rehabbing from such a major operation requires patience. So many of us are “A” type personalities – partly the reason for our competitiveness – and are in a rush. Building the body – and mind – back up takes time. And, as Shelly says, it takes commitment. And it appears that my Irish Setter friend was correct. Basically, I do feel better. I need to build up my strength and stamina, but I recover quicker from exercise now, and I don’t grunt as much when I sit down or get up.

And now I am preparing to return to judging. The desire to get back into the ring was one of my driving forces. I didn’t fully realize how much judging is a part of my life until it was taken away from me. Even though I will probably be exhausted at the end of the day – and travel will be even more of a pain – I can’t wait to get back doing what I love. I look forward to seeing all of you at the shows. Hug those close to you while you can, and make sure you have your regular checkups. Stay well, my friends.

© Dog News. This article may not be reposted, reprinted, rewritten, excerpted or otherwise duplicated in any medium without the express written permission of the publisher.
Fri, 05/27/2022 - 11:20pm