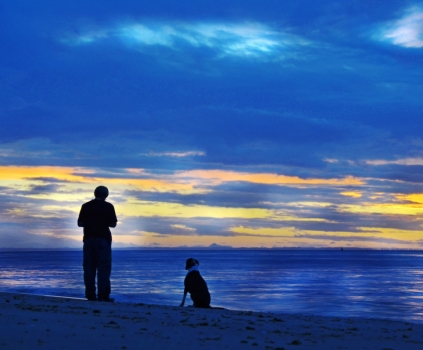 The Way We Were

Barbra Streisand and Robert Redford starred in the 1973 movie The Way We Were, which was nominated for six Oscars. Even the people who cannot accurately remember the plot of the movie certainly remember the Oscar-winning title song. For me, the music of the ’60s will always be the best, but the lyrics of The Way We Were still hold a special place in my heart.

But there are things that have not been changed by time. I recently received an email from a dear friend, and when she talked about some of the things that bother her as a judge, I realized it was not just me who felt that way, so it was time to write about them. I admit that – with a few exceptions – almost all breeds are groomed better today than they were back then. Notice I did not say correctly – just better visually.

I don’t know if this will make sense, but even though there have been a great many improvements (most notably in health) in our dogs – and they look “better” (which is subjective) – I think the dogs “back then” were more honest and correct. As my judge-friend said, more dogs were well made and “stood over their fronts. When a judge approached them, [she] could hold the [dog’s] head in [her] hands and admire it. Seeing a dog stand on its own was a beautiful thing.”

As a matter of fact, often when I am considering my final decisions in the ring, I usually ask handlers to let their dogs stand on their own.

Maybe most of us weren’t as good at grooming or even presenting – and maybe the dogs being produced today are better in some respects, but I think we were more truthful and faithful to the breed. Not every breed – not even every dog within a breed – was groomed or presented the same way. As a friend said, “Dogs were taught to stack then – without bait! Too many people today rely on bait to get their dogs to stack. Actually, they are not baiting their dogs – they are feeding them. Because they want their food, dogs don’t want their heads held by the judge. If the judge can finally look at the head, she is often looking at a mouth full of bait, with the dog drooling. Not such an attractive picture.”

Not so long ago – or maybe it was – spectators and other exhibitors clapped for a dog they loved.  Now people are “recruited” to join the many assistants – usually juniors – to make loud whooshing and whooping noises. For someone who is watching a dog show on TV but is not really familiar with shows, it sounds like we are being attacked by a tribe of aliens. As a judge, I find this annoying and not beneficial to the exhibit. I guess I should not be surprised by this since we have long ago crossed over the line of fairness and sensibility into the “Me-Me” society.

There is no greater baseball fan in the world than me. Admittedly, I grew up with my baseball heroes: Mickey Mantle, Roberto Clemente, Hank Aaron, Sandy Koufax and Whitey Ford. The game was simple: The pitcher tried to get the ball past the batter, who tried to hit it where they ain’t. Although at that time I could quote batting averages, homeruns, etc., it was my eyes that told me who were the greats. That doesn’t seem to be good enough these days. To my mind, many things have tried to ruin major-league baseball – including the owners and players – but nothing has been more detrimental than the absurd fascination with ANALytics or Sabremetrics. Every possible movement and result is analyzed to death – very often by people who may never have rubbed dirt on their hands and stepped into a batter’s box.

There are shows that profess to know and project who the best players are at each position. I am shocked when I see a player who has hit under .200 (which used to mean you did not even belong in the majors) be ranked high because he hits a good number of homeruns. Strikeouts be damned. Imagine considering a player to be good who has hit .213 for the year and has more than 200 strikeouts (43% of his at-bats). Compare that to the true career homerun leader (Hank Aaron) who struck out less than 11 percent of his at bats for his entire career. All you had to do was watch him play. Today’s so-called sabermetrics experts talk about  Linear Weights, Runs Created, Extrapolated Runs, WAR, and so on. What the hell is all that? Can’t we just enjoy watching the game?

Just so, in today’s dog community, it does not seem to be enough to look at the dogs in the ring and just appreciate and love them for what they are – quality dogs. There are many good breed representatives being shown, and not all of them can be ranked! And it should not matter. We are not judging rankings – we are judging dogs. Certainly, a high ranking should indicate a pretty good dog. But it also is an indication that this particular dog has been shown a lot. Is a dog that is shown sparingly because that is what the owner wants or can afford necessarily of any lesser quality than a dog that is shown every weekend? Shouldn’t the dogs be judged on that day as if neither had ever been shown or seen before, or should we be considering each dog’s sabermetrics or periphery numbers? As one of my friends said, “I'm especially offended when AKC-TV makes a big deal about a ‘number-one dog’ being in attendance in their broadcast.” We are judging dogs – not records. Or has Time rewritten every line?

As another friend pointed out, “In the ’60s and ’70s, top dogs were exhibited against each other … now they avoid each other, if possible, to maximize wins. I am more interested in the quality of the win, not the quantity of wins.” As she points out, not all wins are equal. Do we not agree that the opinions of some judges – in specific breeds or groups – are more meaningful than others?

And what will we now do with Time? What of the future? We have improved some things over the past, but we have also lost some values. I think we have come to value perception and flash over substance and strengths. It is past time for us to dig deeper, learn from our mistakes, and return to the essence and purpose of good breeding. It is wonderful to improve on coat, but not at the loss of good fronts. It is okay to applaud showmanship, but not at the cost of soundness. It is time to rededicate ourselves to more than winning that all-important ribbon.

© Dog News. This article may not be reposted, reprinted, rewritten, excerpted or otherwise duplicated in any medium without the express written permission of the publisher.
Fri, 06/03/2022 - 1:20am