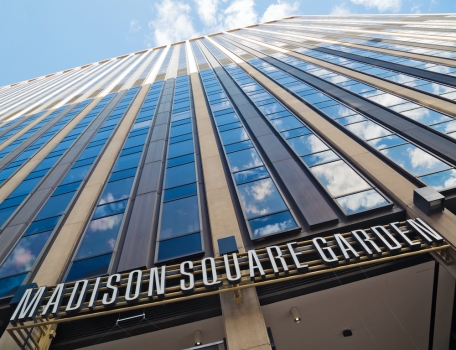 What is your favorite Westminster memory?
By
Eugene Z. Zaphiris

I won BOB on my Pug under Gilbert Kahn. I was excited and surprised, and so was the dog, who jerked the lead out of my hand and made two complete circles around the ring. My husband, Edward, had to step into the ring to catch him! Gilbert said, “He can move!”

Doris Wear was judging Whippets. I was flown out from California to NYC by a friend to show one of her Whippets to this very important judge. This was in the 1970s, prior to champions only.

I was in Open with this very large dog. I could tell she liked the dog, but she decided to call for a wicket. She easily measured him out. I was horrified and embarrassed to have this happen under this judge and in front of so many important people at such a prestigious event!

As I was exiting the ring, trying to escape to the benching, I was approached by the likes of Bo Bengtson, Maxwell Riddle, Alexander Swartz and, I think, Lee Canalizo. There were others, but time has faded my memory of who they were. Little did I know at the time how important to the dog world they all were.

They were all so encouraging and nice to me. I remember Max Riddle in particular saying often the best dog in the ring that the judge likes the most falls victim to this kind of thing.

When I called the dog’s owner, she was very angry with me and asked why I didn't make him measure in. Seriously, I didn't even try to explain it to her!

This may not sound like a favorite or happy memory, but for me, it will always be an important one.

The Hotel Pennsylvania had neglected to tell its guests that this was the day the door locks were to be changed out. Instead of taking one out and immediately replacing it, they chose to take out a whole hallway's worth before coming back with replacements! Caused quite a stir among the “doggie” folks! Who would have thought?

There was one young lady who had her room paid for. Seems the workman opened her door as she was getting out of the shower.

In the 1980s, when I was judging at Westminster for the first time, I took a cab from the hotel to Madison Square Garden. I was very young and probably didn’t look like anyone’s idea of what a Westminster judge should look like. The cab driver was extremely impressed, but also disbelieving: “YOU are judging at Westminster?” Of course, he knew all about the show … I wish I could say that he waived the cab fee, but the fact that he was impressed didn’t go THAT far!

In between not being occupationally eligible for severaI years at different occasions, I have only judged at Westminster twice. It is by far my favorite all-breed show, and I have attended as a spectator more often than as a judge or exhibitor.

My favorite memory of Westminster was seeing all of the magnificent dogs and bitches at their "best" and their proud handlers and/or owners. Shopper that I am, I had to go to Macy's. I found a jacket that looked very much like my Samoyed’s coat … of course I had to buy it. I decided to wear it back to the show, went into the grooming room, and stood by my Samoyed. A well-dressed man walked up to me and asked questions about my breed. I thought he was a potential buyer, but I was wrong ... he was from ABC. What a surprise: I ended up being on national TV news!

Westminster had always been one of those "someday" things for me, probably going to happen. I finally decided to turn someday into reality and showed there for the first time in 2016. The whole adventure was exciting enough, but the memory that will stay with me forever was the first time my Chow and I entered the group ring. The lights, the crowd, the green carpet, the announcer, everything was just like on TV!  I was so thrilled and delighted to be there that my giddiness went down the lead to my dog, and we both had the best time. When we were able to return in 2019, my dog remembered the fun of that earlier evening and put on the show of his life leading to a group third placement. Nothing is like Westminster!

My favorite memory is also my most overwhelming. It was the first time I judged at Westminster. I walked into the ring and was awestruck. I managed to calm myself down and started to judge the Dobermans. I was enjoying it all after I got started! It was awesome.

So many memories but I’ll go with my first trip to WKC. While I worked for George Ward we never attended WKC, so my first trip was with my husband in 1981. We had been married in December of 1980 and decided our honeymoon would be Westminster since neither of us ever attended before. We didn’t enter any dogs, probably didn’t have any that qualified back then. We planned on it being our honeymoon, and got a reservation at the Waldorf Astoria, where we ran into Geir Flyckt-Pedersen for the first time. Peter Green saw me at the Terrier specialties and asked me if I was showing anything and I replied no. He said he could use some help on Terrier day. I hadn’t brought any flat shoes, so Sandy and I went shopping in Manhattan before the show. Luckily I had brought a suit. I showed a wire class bitch for Peter and won BOW as well as helping them out. It was actually a very wonderful honeymoon.

In 2004, our longcoat Chihuahua was the first of his Variety to place in the Toy Group at Westminster. Erika's children had raised "Teddy" and were very excited. We raced from our seats down the photo area. When the gentlemen working security refused to let the children enter to the photograph area, our judge Mrs. Dawn Vick Hansen took charge and saw to it the kids were able to join her in the photograph.

Wonderful memories from every Westminster since 1967: "Lori" winning the Variety from the classes and placing fourth in the Toy Group at eight months of age, winning the Toy Brace Group in 1968, next to last class in the Garden that was then located on 8th Avenue.

My favorite Westminster memory was when my Toy Manchester, Ch. Renreh Lorelei of Charmaron, won the Group in 1969 – first year in the New Garden, blizzard that shut down New York.

Aside from winning breed at Westminster, my favorite story from 2015 was when me and my Belgian Malinois “Vance” were in the group ring, and on the down and back, as I turned to go back to the judge, the back of my shoe came off my heel. Not wanting to break mine or Vance’s stride, I held onto it by curling my toes up and saying lots of prayers that I would not lose my shoe on national television! When we got back to the judge, I slipped my shoe back on and headed for my box. The Beauceron handler said to me, “Nice save on the shoe,” giving us both a good chuckle on the sidelines! Fond and very memorable memory for me!

Definitely judging junior showmanship at WKC in 2020 was an absolutely amazing experience, something I will never ever forget and I’m forever thankful for.

My first Westminster ever was last year … owner handled. I took the first bus over from the New Yorker. The hall was virtually empty when I arrived. I set up my crate and then took a walk over to the rings. No one was there. As I walked along with my Tibetan Spaniel we saw the pictures of all the past winners and got goosebumps. We just soaked in that amazing feeling. We were really there … my boy and I were at Westminster. My dream as a child was coming true. I was going to show at Westminster! And ding dang dong … we did it, and Marco got an Award of Merit!

My favorite Westminster memory is making the final cut in the Akita specials ring. Then winning the breed. I guzzled down a glass of champagne and then couldn’t remember who I gave the dog to when I left the ring. LOL!

Winning Best of Breed with my Norwich Terrier under breeder/judge Knowlton Reynders and showing in the Terrier Group in 2014.   We had a house fire from being struck by lightning of which we lost two dogs, one being my very first Norwich. We were out of our home. I had no expectations that I would be able to make it to Westminster.  It was by the grace of God that I was there.  Then to have won the breed with my first home-bred Norwich Terrier, “Boomer,” and show him in the Group at Madison Square Garden was a dream come true.

© Dog News. This article may not be reposted, reprinted, rewritten, excerpted or otherwise duplicated in any medium without the express written permission of the publisher.
Thu, 05/13/2021 - 9:01am